Australia to allow marijuana to be grown locally for medical trials 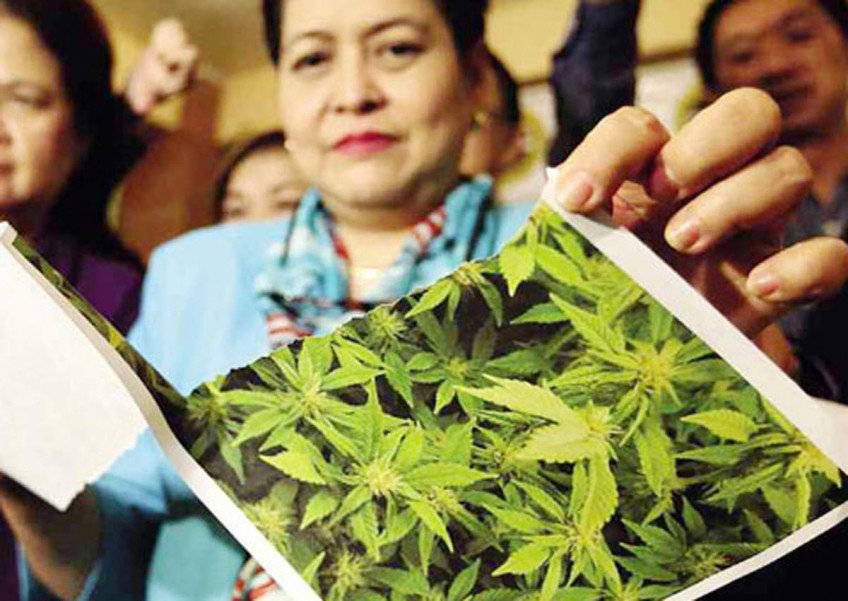 NO COMPASSION FOR CANNABIS Philippine Medical Association president Dr. Minerva Calimag rips a picture of marijuana plants or cannabis, to register the opposition of medical groups to House Bill No. 04477, which proposes the use of the locally illegal drug for medical purposes.
Philippine Daily Inquirer/ANN

PERTH - Australia is altering its drug laws to allow for the cultivation of marijuana for medicinal and scientific purposes, removing a major hurdle to the establishment of clinical trials of the drug, the government said on Saturday.

Draft amendments to the Narcotics Drugs Act are being finalised to allow for the controlled cultivation of marijuana, giving patients access to "a safe, legal and sustainable supply of locally produced products for the first time," Health Minister Sussan Ley said in a statement.

Allowing for the controlled cultivation of marijuana in Australia will provide the critical "missing piece" where laws already exist to license the manufacture and supply of medicinal cannabis-based products, but local production of the crop remains forbidden, Ley said.

"This government is incredibly sympathetic to the suffering of those Australians with debilitating illnesses and we want to enable access to the most effective medical treatments available," Ley said.

The government plans to create a licensing scheme to ensure that the cultivation of marijuana meets Australia's international obligations and to manage the supply of the drug from farm to pharmacy.

"Allowing the cultivation of legal medicinal cannabis crops in Australia under strict controls strikes the right balance between patient access, community protection and our international obligations."

Several Australian states have already announced clinical trials for medicinal cannabis. Under Australian law, decriminalization and medical trials come under state government jurisdiction. The Federal government is responsible for the regulation of the growing and importation of the drug.