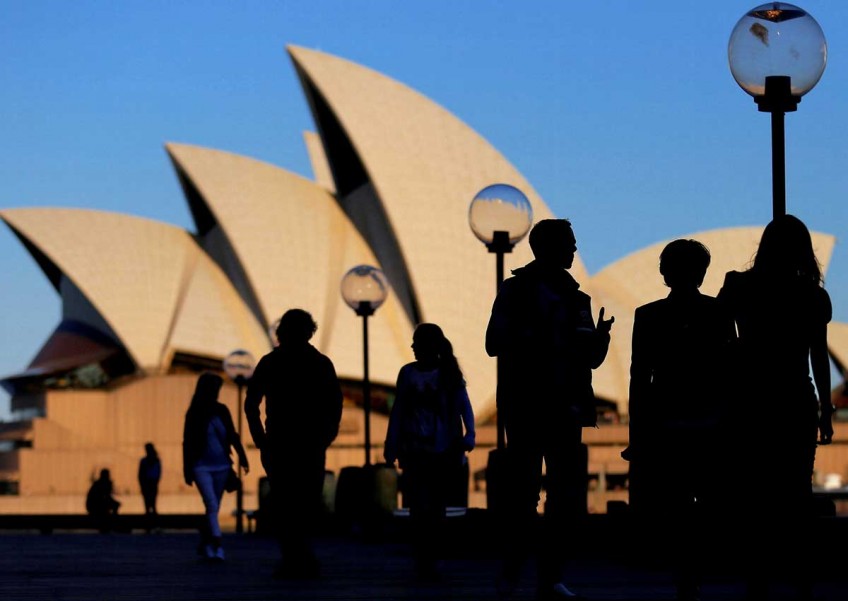 File photo: People are silhouetted against the Sydney Opera House at sunset in Australia
Reuters

For the first time in history, the majority of Australians born overseas are from Asia and not Europe.

Besides this fact, statistics show that nearly half of Australians have one or both parents who were born overseas.

This information comes after the release of the 2016 Census of Population and Housing (Census) data, which is the country's largest statistical collection undertaken by the Australian Bureau of Statistics (ABS).

95.1 per cent of Australians filled out the nationwide survey, with 63 per cent doing so online, The Sydney Morning Herald reported.

Australia now has a higher proportion of overseas-born citizens (26.3 per cent) as compared to countries such as New Zealand (23.3 per cent) and United Kingdom (13 per cent).

At least 1.3 million new migrants have settled down in Australia over the past five years, with a boom in migration coming from China and India.

Along with the Philippines, the two countries now round out the top five for the greatest number of migrants after New Zealand and England.

Most migrants live in New South Wales, making up 28 per cent of the population, according to The Sydney Morning Herald.

Another startling revelation based on the 2016 Census data is that 29.6 per cent of the population identified themselves as faithless, a 7.8 per cent increase since the 2011 Census.

Although 60 per cent of Australians reported they had a religion, the statistic is significant because the number of people who claim no religion at all have surpassed the number of Catholics in the country for the first time.

Families are also becoming more diverse as the number of same-sex couples in Australia since 2011 has surged 39 per cent to 46,800.

The 2016 Census also revealed that the median age in Australia in has risen to 38, one year older than the median in 2011.