Razer co-founder and CEO Tan Min-Liang saved a Australian boy's Christmas from being ruined, after the latter's presents were stolen after his home was burgled.

It was reported by The Telegraph that a thief had broken into a home in the coastal suburb of Dee Why in northern Sydney and made off with Christmas gifts meant for 12-year-old Callum and 18-months-old Chelsea.

The perpetrator, who gained access to two underground garages by breaking through a security door, also stole laptop computers, tools, and a credit card. 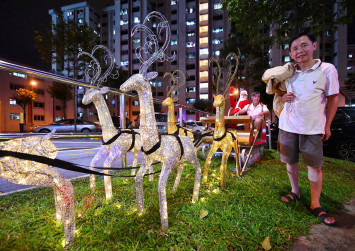 The children's mother, Ms Adela Courteille, told The Telegraph: "I can understand tools and a credit card but what is the thief going to do with a Barbie doll, a small play handbag and other tools for our daughter Chelsea?"

"The presents for our son Callum will be harder and more expensive to replace because they were more specific, like a Razer gaming keyboard.

"What got me is that they were so obviously children's Christmas presents. That's what hurts the most."

Upon learning of the family's plight, Mr Tan took to Facebook to ask for help in getting contact with them.

Anyone in Australia can get me in touch with the author of the article or the family? I'd like to make sure the Callum...

"I'd like to make sure the Callum gets his @Razer keyboard for Christmas," he wrote in the Dec 23 post.

Just a day later (Dec 24), Mr Tan shared that his quest was successful.

When we read in the press that someone had stolen Callum's Razer keyboard that was to be his Christmas present, we knew...

Not only was Callum's keyboard replaced, he also received an entire gaming suite.

Mr Tan added: "Have a Razer Christmas one and all!"