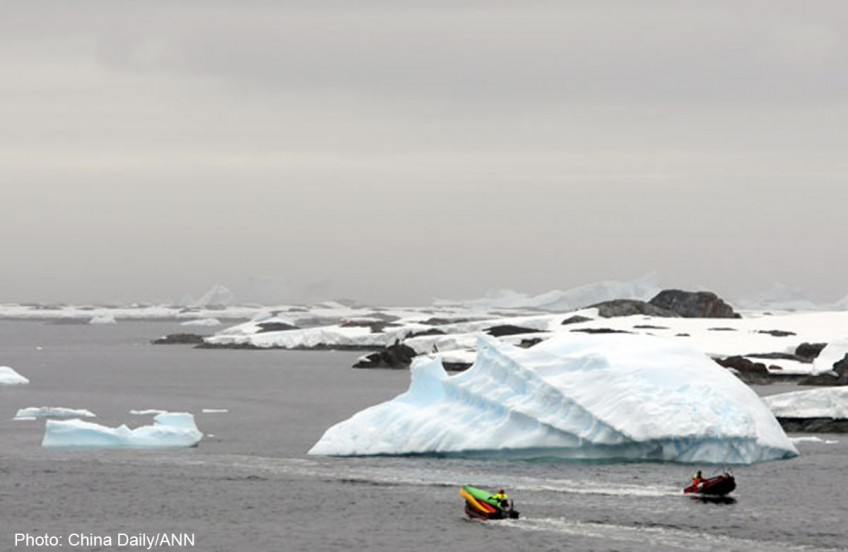 An Antarctic expeditionary team were working round the clock Sunday to refuel an Australian icebreaker forced to turn back to its frozen base to pick up a seriously ill worker.

The Aurora Australis, with 114 people on board, left the Davis station on Tuesday for its two-week journey to Hobart in Australia but got an emergency call to return two days later with the worker gravely ill.

The ship battled back through heavy sea ice to arrive late Saturday.

Australian Antarctic Division operations manager Robb Clifton said the team on the ship and at Davis were working in shifts to get fuel transferred in the current calm weather conditions.

"At the moment the temperature is hovering around minus 10 degrees (Celsius) with only five knots of wind, so we are trying to get as much fuel pumped aboard as possible," Clifton said.

"As the ice in the harbour was quite thick we decided to use a helicopter, rather than a barge, to drag the fuel hose ashore and connect to the Davis supply.

"We are hoping we will have enough fuel aboard by late Sunday and can then transfer the patient later this evening or Monday morning," he added.

The ship doctor was flown ashore to assess the ill worker, whose condition has not been revealed other than that he is serious but stable. He faces two weeks at sea before being transferred to a hospital. Davis is a permanent Australian base supporting a wide variety of scientific research.

It is home to about 120 people over summer and 18 during winter.