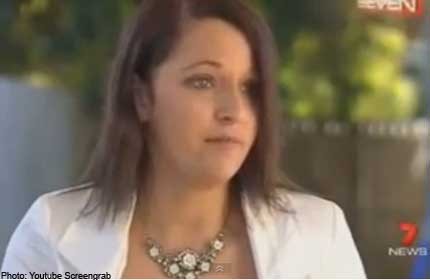 Australian anti-immigration firebrand Pauline Hanson speaks to the media in Sydney on June 3, 2013.

SYDNEY - A candidate for Australia's anti-immigration One Nation party dropped out of the election race Saturday after a blundering interview in which she referred to Islam as a country.

Stephanie Banister, 27, had been campaigning for just 48 hours when she gave the interview to the Seven Network which quickly went viral online and saw her labelled "Australia's Sarah Palin", who was pilloried for her gaffes as US vice-presidential candidate in 2008.

"I don't oppose Islam as a country, but I do feel that their laws should not be welcome here in Australia," Banister said in Wednesday's taping. She went on to say only two per cent of Australians follow "haram" - actually meaning the Quran - and muddied matters further by voicing her support for kosher foods for Jewish people.

"Jews aren't under haram. They have their own religion which follows Jesus Christ," she said of Judaism, which in fact sees Jesus as an ordinary man and not the messiah.

Banister on Saturday withdrew her candidacy for the September 7 election, which she was contesting for anti-immigration firebrand Pauline Hanson's One Nation party in Queensland.

Party leader Jim Savage denied that Banister had been dropped and said she continued to have the "full support of the One Nation executive".

"However, due to the threats against Stephanie's family, herself, her children, the abuse she's copped and the enormous pressure she's been put under, Stephanie has decided she wants to withdraw from the candidacy for the seat of Rankin," Savage said.

"We have accepted it with regret."

In brief remarks to the media as she confirmed her withdrawal from the race, Banister said the interview was edited to make her look "quite the fool".

"I'd like to apologise to One Nation, to my friends and family, for any embarrassment this has brought to them," she said.

One Nation was founded in 1997 by the divisive Hanson, who famously warned that Australia was being swamped by Asians.

She has made several failed bids to return to politics after losing her federal seat in 1998, including a 2007 run for a national Senate seat in which she campaigned for an end to immigration by Muslims to protect "Australian culture".

Hanson has announced she is running for a Senate seat in the September elections with the One Nation party.

Ahead of Banister's withdrawal Hanson reportedly told Seven that the mother of two was clearly "not ready" for national politics.