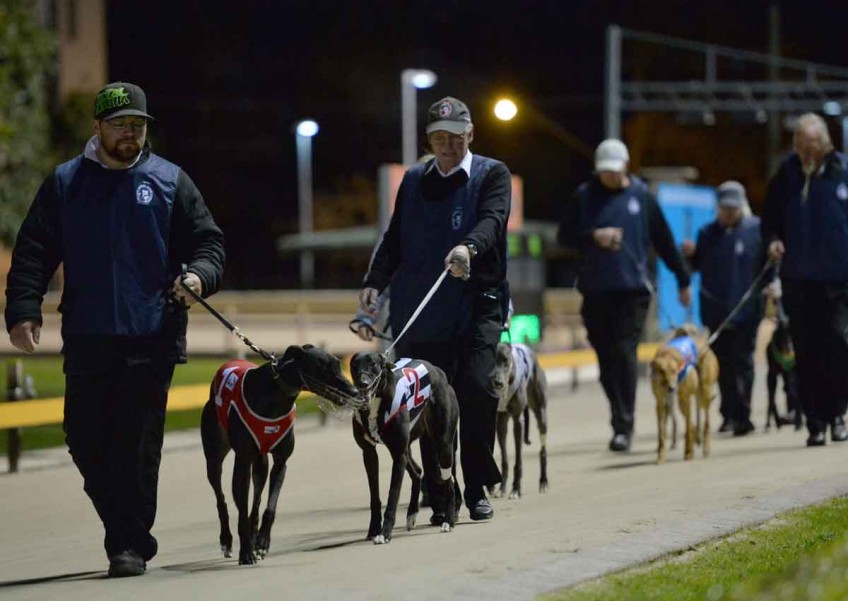 In this photo taken on August 2, 2014 show dog owners parading their greyhounds before a race at Wentworth Park in Sydney.
AFP

SYDNEY - Australia's greyhound industry was reeling Thursday after the country's most populous state banned the sport following a string of scandals including "live baiting" and the slaughter of tens of thousands of dogs.

New South Wales state Premier Mike Baird said the industry appeared incapable of reform and his government would work toward a shutdown from July 1 next year.

"Greyhound racing has been banned in many countries and many states of the US and is legal in only eight countries around the world. New South Wales will be the first state in Australia to ban it," he said on Facebook.

"I understand the disappointment of people who enjoy having a punt on the dogs. But we simply cannot and will not stand by and allow the widespread and systemic mistreatment of animals."

The Australian Capital Territory, of which Canberra is the capital, said it would likely follow suit, although the sport is on a much smaller scale there.

Australia has one of the world's largest greyhound racing industries and live baiting has been banned for decades.

But last year national broadcaster ABC exposed that animals such as piglets, rabbits and possums were used as bait to train some of the country's most successful dogs.

Greyhounds traditionally chase an artificial hare or rabbit and the revelations sparked raids across New South Wales, Victoria and Queensland states that rocked the industry.

It prompted an inquiry by New South Wales, which uncovered the mass killing of dogs considered too slow to pay their way and widespread live baiting, Baird said.

The probe also revealed systemic deception of the public about the numbers of deaths and injuries.

"One of the issues we have had to wrestle with is the positive impact of the greyhound racing industry," said Baird, pointing out it employed more than 1,000 people in his state and contributed millions of dollars to the economy.

"Dog racing can be an important part of the social fabric of regional towns. And, of course, having a punt on the dogs over a few beers is good fun for many people." But he said that having weighed up the benefits, the negatives were too great to ignore.

The RSPCA, which provided evidence to the inquiry, called Baird's decision "courageous".

"The inquiry has demonstrated that cruelty is intertwined into every level of this sport," said spokeswoman Jade Norris.

But Greyhound Racing NSW said in a statement it was "an extremely sad day", adding there were many responsible participants "who treat their greyhounds like family".

"These people were as dismayed as others by the exposure of completely unacceptable and inhumane practices within greyhound racing," it said.

The New South Wales probe is one of several into greyhound racing around Australia.

It revealed that in the last 12 years, up to 68,000 dogs were killed because they were seen as unsuitable for racing, while some 10 to 20 percent of trainers were suspected of live baiting.

The inquiry also found that an estimated 180 greyhounds a year sustain injuries such as skull fractures or broken backs during races that led to their immediate deaths, a statistic "deliberately misreported" by Greyhound Racing NSW.

And the abuse is not limited to New South Wales, with 55 dead greyhounds found dumped in Queensland last year with spent rifle cartridges nearby.

Queensland Racing Minister Grace Grace told reporters the sport would not be banned in her state but it was on its last warning, while Greyhound Racing Victoria said it was "well advanced on fundamental and unprecedented cultural and operational reform".