We're living in a digital society where social media likes has transcended its virtual value into real-world vanity metrics.

In other words, people take social media validation seriously, to the extent that they're willing to fork out a pretty penny to boost their online profiles.

This has given rise to the morally ambiguous business of click-farming, a shady business worth millions whose sole purpose of existing is to drive online traffic to clients.

But what about those who aren't so willing to part with real world money but still crave social media attention?

Read on for more about these fame-hungry souls who resort to extreme lengths in their quest for internet fame.

The recent case of an Algerian man who dangled his baby cousin from the window of a 15th-floor apartment sparked an online frenzy after the story ironically went viral.

"1,000 likes or I will drop him," he captioned, in a Facebook post showing him grasping the boy by the back of his shirt and holding him over the balcony, a harrowing 45 metres above ground.

Fortunately, the baby remained safe and the insane act only garnered him social media disdain in addition to a two-year prison sentence.

Picture propelling a fidget spinner to that speed using compressed air, but not before adding razor blades to the toy's outer prongs.

As if the toy isn't dangerous enough on its own, daredevils on YouTube have been putting their own asinine twists on the challenge in a bid to generate more video views. 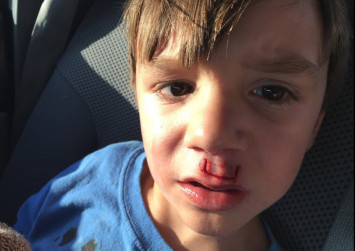 Other versions of the challenge see people attaching matchsticks, fire sparklers and firecrackers to the toy.

Don't bother applying to this nuclear plant in the Czech Republic unless you're a gorgeous female with sex appeal.

In search of their newest employee, the Temelín Nuclear Power Plant is running a controversial competition on Facebook where the contestant with the most likes will win a two-week internship with the company.

When you centre your online fame around the theme of humiliating children, don't be surprised if the law decides to intervene and take your kids away.

That's the hard lesson YouTube star DaddyOFive learnt after he lost custody of his two children over allegations of child abuse that sparked from "prank videos" said to have inadvertently documented abuse.

Unfortunately, videos like his gain thousands of views and the allure of fame hasn't stopped some parents from using their kids for cash.

Here's a poignant case of how addictive social media validation can be, such that the high one gets from all those likes pouring in can start to erode moral boundaries.

Earlier this year (Feb 15), 19-year-old Marina Lonina from Ohio, US was sentenced to a nine-month stint in jail for broadcasting the rape of her friend in 2016.

The victim was a 17-year-old girl who repeatedly pleaded for Lonina's help, only for her to capture the sexual assault on Periscope, a popular broadcasting app.

Case prosecutor Ron O'Brien told the New York Times that Ms Lonina's original intent was to stop the attack by live-streaming it. Lonina had told police that she was trying to gather evidence of the crime. Unfortunately, "she got caught up in the likes," according to O'Brien.

Ladies beware. The next time a stranger comes up to you claiming to be a magician, think back to this case of a street "magician" who was arrested for groping unsuspecting women. 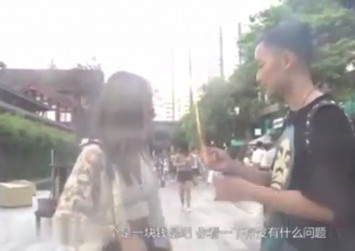 In an attempting to gain internet notoriety, YouTuber "Chris" had filmed himself tricking several women by disguising his perverted actions as a magic trick.

Despite attaining his wish of his clip going viral (for all the wrong reasons), the molester is learning that this method of gaining fame is just not worth getting detained and incurring the wrath of furious netizens.

Can you believe that enough people have died or gotten injured in their attempt to take the perfect selfie that someone has bothered to compile them into a list on Wikipedia?

Well, who can blame them, when selfies like this Russian model's managed to give her so much buzz, effectively launching an instant, albeit short-lived internet career.

As social media use only becomes more prevalent in our lives, I'm sure there will be even crazier stories of people desperate enough to do anything to get those virtual hearts and thumbs-ups.

Maybe someone should recommend they try this vending machine instead?

Russia takes the worst excesses of capitalism to the extreme, so here's a vending machine in a mall for buying Likes for your Instagram pics pic.twitter.com/ZZt189opgd 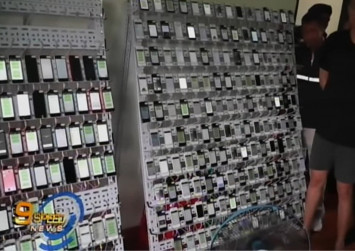