Ottawa - Barry Sherman drove an old car and gave away tens of millions of dollars to charities while building Apotex into one of Canada's largest pharmaceutical companies.

He and his wife Honey were widely mourned and praised for their philanthropy following their untimely deaths, but the Apotex chief antagonized many and faced accusations that he gouged consumers and smeared opponents during his life.

Sherman fought as many as 100 battles at a time in court to challenge drug patents and make way for Apotex's generic prescriptions, or to fend off cousins' claims to the company he founded in 1974. 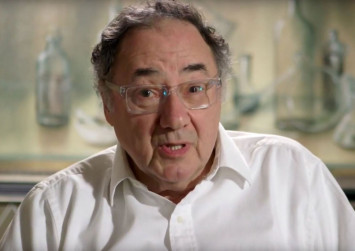 "Barry and Honey were kind, good people who will be greatly missed," Toronto Mayor John Tory said in comments that typified politicians' reactions to their death.

"The philanthropic and economic contributions they have made to Toronto put them in a class of their own." Their four children described their parents as a blissfully happy couple preparing to travel to Florida for a year-end holiday with friends.

But a realtor who was helping them sell their Toronto house found them dead, and post-mortem examinations determined that the 75-year-old Apotex chairman and his 70-year-old wife died of strangulation.

Toronto police said Sunday they were investigating the "suspicious" deaths, but stopped short of calling them homicides.

Local media cited police as saying their deaths may have been a murder-suicide, a theory that was reportedly rejected by their children.

Barry Sherman was raised by his working mother after his father died when he was just a boy, and went on to earn degrees in physics and rocket science at the University of Toronto and the Massachusetts Institute of Technology in Boston.

Sherman learned the drug business - in which he would later make his billions - while working summers at his uncle Louis Winter's Empire Laboratories, which made cheaper versions of Aspirin and other drugs.

After Winter died, Sherman and a partner bought Empire and sold it to a US competitor, then used part of the proceeds to start Apotex.

Over the following decades, Sherman would become known as a ruthless businessman who shunned the limelight while revolutionizing the drug industry in Canada.

Apotex grew to employ more than 11,000 people worldwide in an expansion that pitted it against the world's biggest brand-name drug makers, and today sells 300 generic drugs in 120 countries.

Sherman reportedly had an estimated worth of Can$4.77 billion ($3.7 billion) at the time of his death and was the 15th-richest person in Canada.

Apotex said the couple made significant donations to universities, hospitals and charities over their lifetime. Honey served on the boards of several foundations, including the Simon Wiesenthal Center.

"He was a deplorable human being," said University of Ottawa law professor Amir Attaran, who published a comparison of Apotex's domestic and overseas drug pricing.

"He sought to manipulate our system to enrich himself and impoverish Canadian patients who used his drugs." Relatives also numbered among those with whom he clashed.

In 2006, his uncle's four sons sued Sherman for Can$1 billion, alleging he had effectively cut them out of the family business.

The legal battle was reportedly ugly. The suit was dismissed in September.

An obituary in The Globe and Mail recalled Sherman's reflections on life, writing that there is no God, no free will, no altruism and no morality.

"I find no inconsistency in holding intellectually that life has no meaning, while at the same time being highly motivated to survive and to achieve," he said.