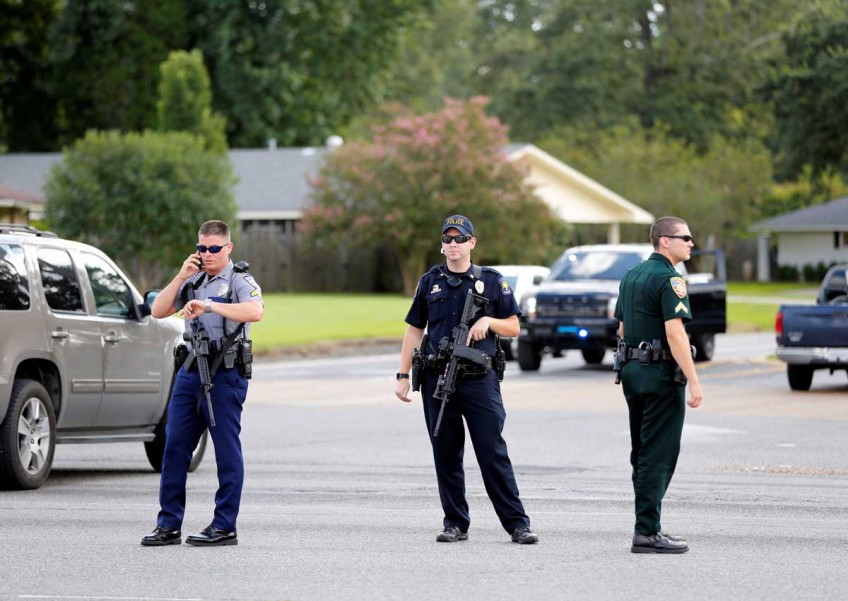 The gunman who killed three police officers and wounded three others in Baton Rouge, Louisiana, has been identified as a former US Marine named Gavin Long, according to a government source with knowledge of the investigation.

Officials speaking publicly have not yet released the name of the suspected killer or any details, beyond saying they believed the single shooter was killed in the shootout.

Another source familiar with the investigation told Reuters Long, 29, was from Kansas City, Missouri. The source said there was reason to believe a 911 call may have been used to lure police to the shooting scene, and that the possibility it had been a conspiracy was being examined by investigators.

Long, who was black, was affiliated with the anti-government New Freedom Group, the Wall Street Journal reported, citing a person briefed on the investigation. A spokeswoman for the Southern Poverty Law Center, which tracks extremist groups, said she had no information about that.

Long served in the Marines for five years, from August 2005 to August 2010, according to a report in the New York Times, citing Yvonne Carlock, the deputy public affairs officer for the US Marines. Long was deployed to Iraq from June 2008 to January 2009, the Times reported.

CBS News reported that Long left the Marines with an honourable discharge in 2010 with the rank of sergeant.

Public records show Long had lived in Kansas City and Grandview, Missouri. He had also lived in San Diego and Tuscaloosa, Alabama.

Long was on the University of Alabama dean's honour list in 2012, school records show.

Missouri court records show he divorced his wife in 2011, with no children at the time. There was no criminal record for him in Missouri.

Long was a defendant in a case involving delinquent city taxes. It was filed in March and was dismissed in June, according to court records.

Brady Vancel, a witness to the Baton Rouge shooting on Sunday, said on CNN that he ran into the suspect, who was dressed in black, a few minutes before the police officers were shot. The man was carrying an AR-15 assault rifle and wearing a ski mask, Vancel said.

[[nid:321927]]
SUBSCRIBE TO OUR NEWSLETTER
Your daily good stuff - AsiaOne stories delivered straight to your inbox