Berlusconi asks to do community service instead of jail term: Source 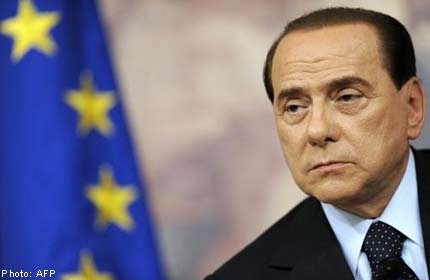 MILAN - Former Italian Prime Minister Silvio Berlusconi has formally requested to do a year of community service rather than be jailed or put under house arrest following his conviction for tax fraud, a legal source said on Friday.

The centre-right leader, 77, was sentenced to four years in jail in August, commuted to one, for masterminding a massive tax fraud scheme at his Mediaset television empire.

Because of his age he is considered certain to be allowed to stay out of prison, making either house arrest or community service the most likely ways that he will serve his sentence.

It is not automatic that his request for community service will be granted and the billionaire media tycoon is not likely to begin the sentence until next year.

Criminals assigned to community service normally work in non-profit organisations such as soup kitchens for the homeless, centres for drug addicts or groups offering assistance to the elderly.

The legal source, who is involved in the case, did not say which type of community service Berlusconi had requested.

Berlusconi, who also faces a ban from public office and expulsion from his seat as a Senator, has fiercely protested his innocence, saying he is a victim of politically motivated prosecutors and judges.

Some media reports had suggested he may insist on going to prison rather than be seen in any way coming to terms with the justice system by requesting an alternative sentence.