Bid to ease tensions over Jerusalem's Al-Aqsa stumbles over cameras 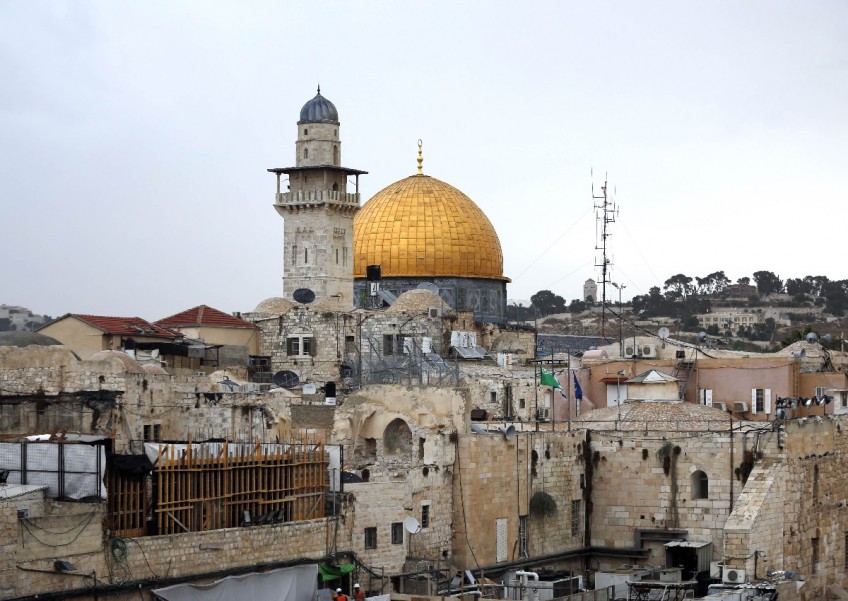 Israel on Saturday agreed to install surveillance cameras at the highly-sensitive site after an intense diplomatic drive to calm spiralling violence that many fear heralds a new Palestinian intifada.

In the latest in a wave of knife attacks by Palestinians, a 19-year-old Israeli was stabbed in the neck and severely wounded while his attacker was shot dead, the army said.

Attacks and clashes have become near daily occurrences since simmering tensions over the status of the Al-Aqsa compound boiled over in early October, leaving dozens dead.

The site is sacred to both Muslims and Jews, making it a powder-keg in the long-running conflict, and Prime Minister Benjamin Netanyahu on Saturday agreed to install the cameras to allay Palestinian fears that Israel plans to change rules governing the site.

US Secretary of State John Kerry has said the cameras would be a "game changer in discouraging anybody from disturbing the sanctity of the holy site".

However the Jordanian trust known as the Waqf which administers the compound said that when a team went to install the cameras on Monday morning, "Israeli police interfered directly and stopped the work." "We severely condemn the Israeli interference into the working affairs of the Waqf, and we consider the matter evidence that Israel wants to install cameras that only serve its own interests, not cameras that show truth and justice," it said in a statement.

The mosque compound is situated in east Jerusalem which was seized from Jordan in the 1967 war. While Amman has retained custodial rights over the holy sites, administered by the Jordanian Waqf, Israel controls access.

The compound is considered the third holiest site in Islam and is revered by Jews as their holiest site, known as Temple Mount.

Clashes at the site erupted in September as Muslims protested an increase in Jewish visitors during their religious holidays.

Palestinian protesters accuse the Jewish state of seeking to change the rules governing the compound which allows Jews to visit, but not pray there.

Netanyahu said on Sunday that having cameras at the site would be in Israel's interest.

"Firstly, to refute the claim Israel is violating the status quo. Secondly, to show where the provocations are really coming from, and prevent them in advance," he said.

Jordan's Foreign Minister Nasser Judeh had said that technical teams from both sides would meet to work out the details of the new measures.

Sheikh Azzam al-Khateeb, head of the Waqf, told AFP that the decision to install the cameras on Monday came from Jordanian King Abdullah II.

"We want to have clear and open cameras for all the world," he said.

"There is no other authority in the mosque except the administration of the Jordanian Islamic Waqf ... no one has the right to (carry out) this action except the Waqf administration." Ties between Israel and Jordan have often been strained by events at the site in east Jerusalem, a majority Palestinian area Israel annexed in a move never internationally recognised.

The tensions over Al-Aqsa sparked a series of knife attacks and shootings by Palestinians that has left eight Israelis dead and dozens wounded.

In the latest attack a Palestinian man stabbed and seriously wounded an Israeli in the southern West Bank before being shot dead, the army said.

"The assailant stabbed the Israeli in the neck, wounding him severely. The attacker was shot on site, resulting in his death. The wounded victim is now being evacuated for emergency medical care," a statement from the military read.

A military spokeswoman later clarified to AFP that the assailant was killed by soldiers.

On Sunday, a 17-year-old Palestinian girl was shot dead while allegedly trying to knife Israeli border police in Hebron.

Monday's attack takes the number of Palestinians killed in attempted attacks and clashes to 54.

An Israeli Arab attacker has also been killed.5