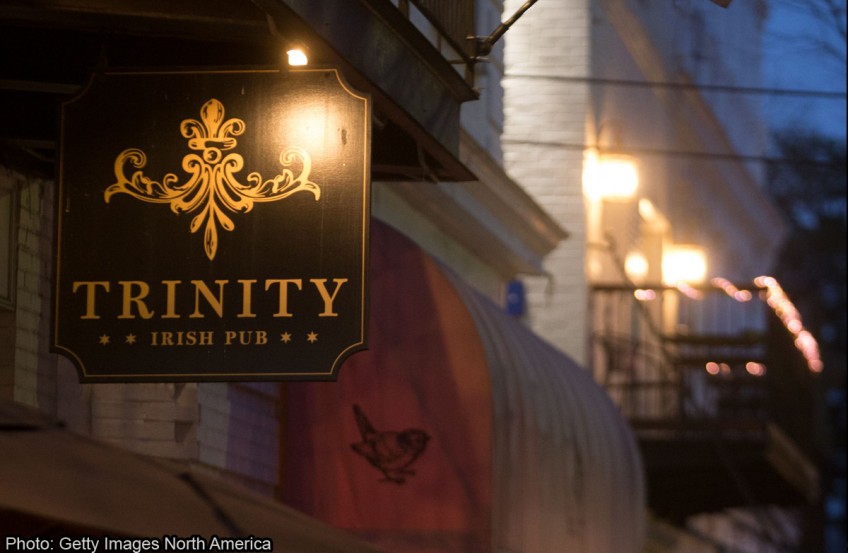 The Trinity Irish Pub is shown March 19, 2015 in Charlottsville, Virginia. Martese Johnson is the black University of Virginia student whose face was bloodied during his arrest on March 18 outside the pub, seen in a widely distributed video and in photos.

The violent arrest of a black student trying to enter a bar in Virginia has prompted a probe and fuelled yet more US debate on how white authorities treat black youths.

Martese Johnson, 20, a student at the University of Virginia in Charlottesville, was denied entry to an Irish pub early on Wednesday near the end of St. Patrick's Day celebrations.

White officers from the state's Department of Alcoholic Beverage Control then slammed him to the ground, leaving him with blood streaming down his face and stitches.

Photos of Johnson bleeding and footage of the arrest, showing officers holding him to the ground, spread quickly on social media.

Up to 300 people gathered at the university for a protest rally on Wednesday night. Students chanted and held a candle-light vigil.

"I'm shocked that my face was slammed into the brick pavement just across the street from where I attend school," Johnson said through his attorney Daniel Watkins at a news conference Thursday, The Washington Post reported.

"As the officers held me down, one thought raced through my mind: 'How could this happen?'" the student said standing next to his lawyer, the cuts clearly visible on his face.

Police charged Johnson with profane swearing and/or public intoxication and obstruction of justice without force.

Virginia State Police pledged to carry out an investigation into the arrest.

Lawyer Watkins said the incident stemmed from a misunderstanding about the ID Johnson used to try to get into the bar, but that the student did not attempt to use a false one.

After Johnson was turned away from the bar, Virginia ABC officers questioned Johnson about the ID issue, Watkins said.

This exchange led to Johnson "being thrown to the ground... his face and skull bleeding and needing surgery," the Post reported.

At Wednesday night's protest rally Johnson spoke briefly and asked protesters "to please respect everyone here." "We're all part of one community. We deserve to respect each other, especially at times like this," Johnson said.