Blair concedes link between Iraq invasion and rise of ISIS 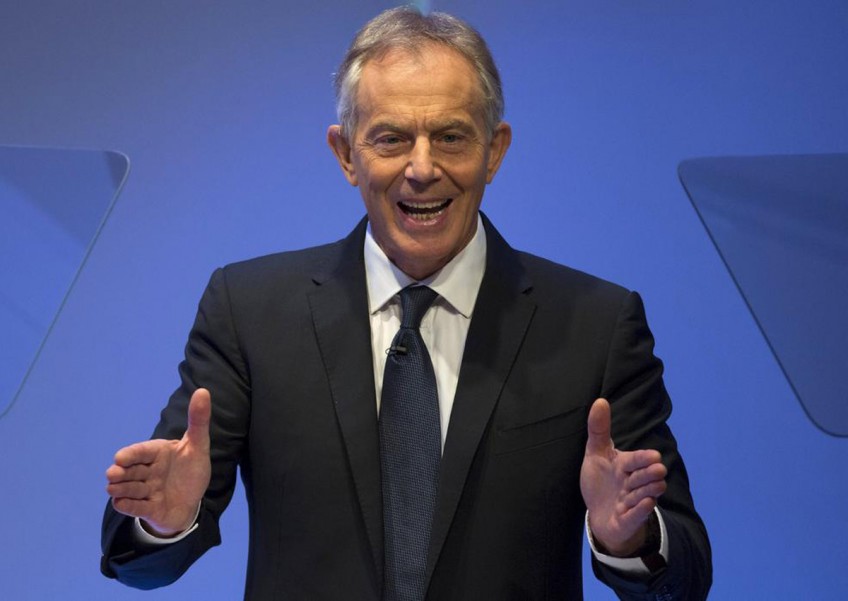 LONDON - Britain's ex-leader Tony Blair again apologised Sunday for certain aspects of the 2003 invasion of Iraq, adding there were "elements of truth" to the view it was connected to the rise of the Islamic State group.

However, Blair insisted he still did not regret the removal of Saddam Hussein as Iraq's leader as he said sorry over intelligence failings and planning mistakes.

"I apologise for the fact that the intelligence we received was wrong," he told CNN in an interview.

"I also apologise for some of the mistakes in planning and, certainly, our mistake in our understanding of what would happen once you removed the regime." He added: "I find it hard to apologise for removing Saddam. I think, even from today in 2015, it is better that he's not there than that he is there."

Blair acknowledged there were "elements of truth" to the argument that the US-led and British backed invasion of Iraq eventually led to the rise of IS jihadists in Syria and Iraq, according to a transcript on the CNN website.

"Of course, you can't say that those of us who removed Saddam in 2003 bear no responsibility for the situation in 2015," he said.

"But it's important also to realise, one, that the Arab Spring which began in 2011 would also have had its impact on Iraq today, and two, ISIS actually came to prominence from a base in Syria and not in Iraq," he added, using another acronym to refer to IS.

The comments from Blair, a divisive figure for leading Britain into the Iraq war, come shortly before a timetable for the publication of the much-delayed public inquiry into the Iraq war is due to be announced.

Amid intense pressure to publish from MPs and families of military personnel killed in the war, John Chilcot will write to Prime Minister David Cameron by November 3 saying when the inquiry, launched in 2009, will be completed.

A spokeswoman for Blair said of the CNN interview: "All of this he has said before".

She added: "Tony Blair has always apologised for the intelligence being wrong and for mistakes in planning. He has always also said, and says again here, that he does not however think it was wrong to remove Saddam."