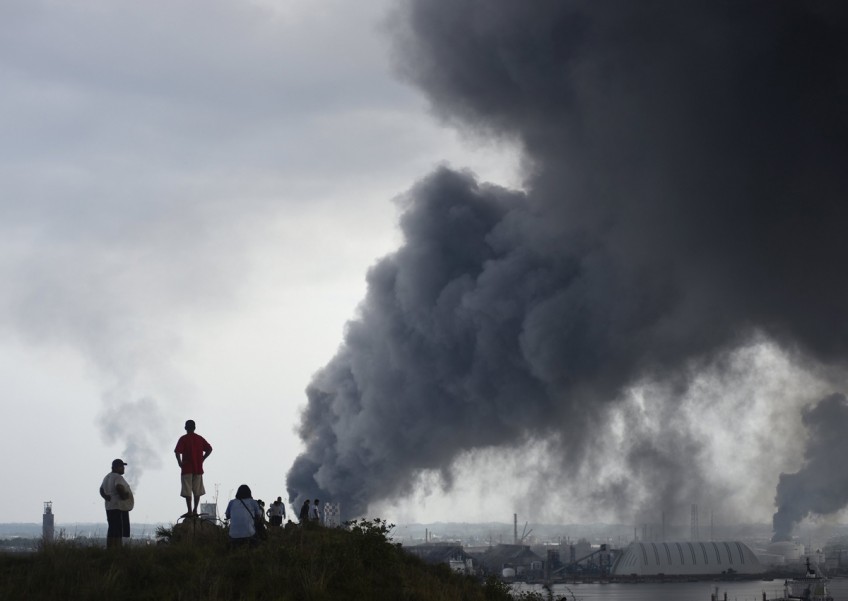 A huge plume of toxic gray smoke could be seen spewing from the plant known as Pajaritos, in the city of Coatzacoalcos.

The blast, which was felt from as far as 10 kilometers (six miles) away, forced the evacuation of nearby schools and businesses.

The cause of the explosion at the Petroquimica Mexicana de Vinilo (PMV) plant was not immediately known. The facility is jointly owned by Pemex.

Veracruz state governor Javier Duarte told Milenio Television that the blast killed three people at the plant. Another 58 people were hurt, according to Pemex.

Duarte rushed to the scene of what he said was "a very strong explosion," where fire crews had the blaze under control.

People living in the vicinity should remain indoors as the "cloud of chemicals" dissipated, Duarte said.

School classes in Coatzacoalcos and five nearby communities were suspended.

President Enrique Pena Nieto said on Twitter that the government would help the "affected workers and neighbours of the area." Fires at oil facilities in Mexico are fairly regular occurrences.

In February, two people were killed and at least seven injured in a blaze at a Pemex oil platform off the coast of Campeche, also in the southeast.

Pemex provides one-fifth of the Mexican government's revenue but has posted huge losses amid crumbling production and oil prices.