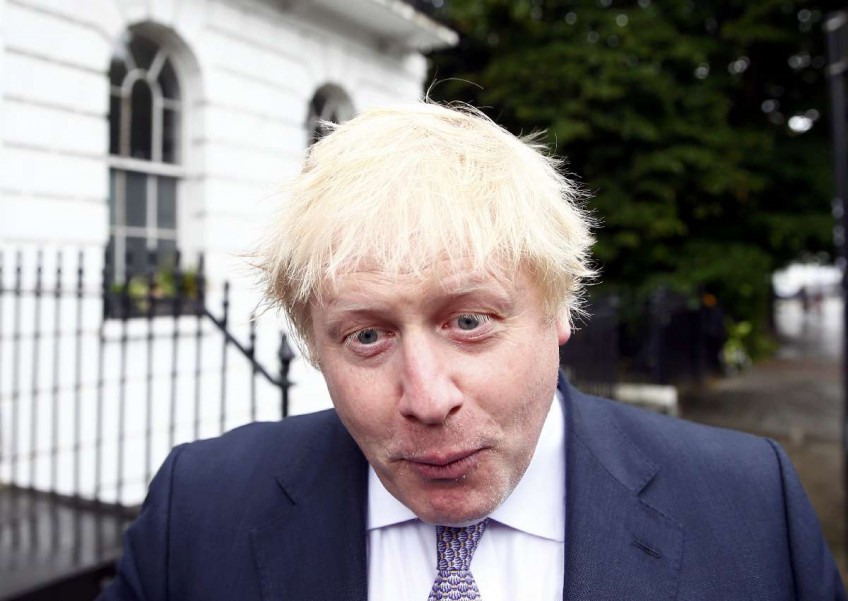 LONDON - Top Brexit campaigner Boris Johnson sought Monday to build bridges with Europe and with defeated Britons who voted to remain in the EU in last week's historic referendum.

Johnson, a former London mayor now a favourite to succeed outgoing Conservative Prime Minister David Cameron, said there would be an "intensifying" of cooperation with Europe despite the vote to quit the EU.

"I cannot stress too much that Britain is part of Europe," Johnson wrote in his regular column in the Daily Telegraph newspaper.

He also said there was no need to rush Britain's exit from the EU, and also played down the prospect of Scottish independence.

"The only change - and it will not come in any great rush - is that the UK will extricate itself from the EU's extraordinary and opaque system of legislation," he wrote.

"British people will still be able to go and work in the EU; to live; to travel; to study; to buy homes and settle down." Britons voted by 52 percent to 48 percent in favour of leaving the European Union in a vote that exposed deep divisions in the country and sent shockwaves through the world.

But Johnson said Britain, the first country in the 28-member bloc to vote to leave, would retain close ties with Europe.

"There will still be intense and intensifying European cooperation and partnership in a huge number of fields: the arts, the sciences, the universities, and on improving the environment," he said.

"They are our neighbours, brothers and sisters who did what they passionately believe was right.

"We must reach out, we must heal, we must build bridges - because it is clear that some have feelings of dismay, and of loss, and confusion," he wrote.

But he added that the "climate of apprehension" was caused by exaggerated warnings during the campaign.

"At home and abroad, the negative consequences are being wildly overdone, and the upside is being ignored," he said.

He also reacted to Scottish First Minister Nicola Sturgeon's statement that a new independence referendum within two years was now "highly likely" because most Scots had voted to stay in the EU.

"We had one Scotland referendum in 2014, and I do not detect any real appetite to have another one soon.

"It goes without saying that we are much better together in forging a new and better relationship with the EU - based on free trade and partnership, rather than a federal system," he said.