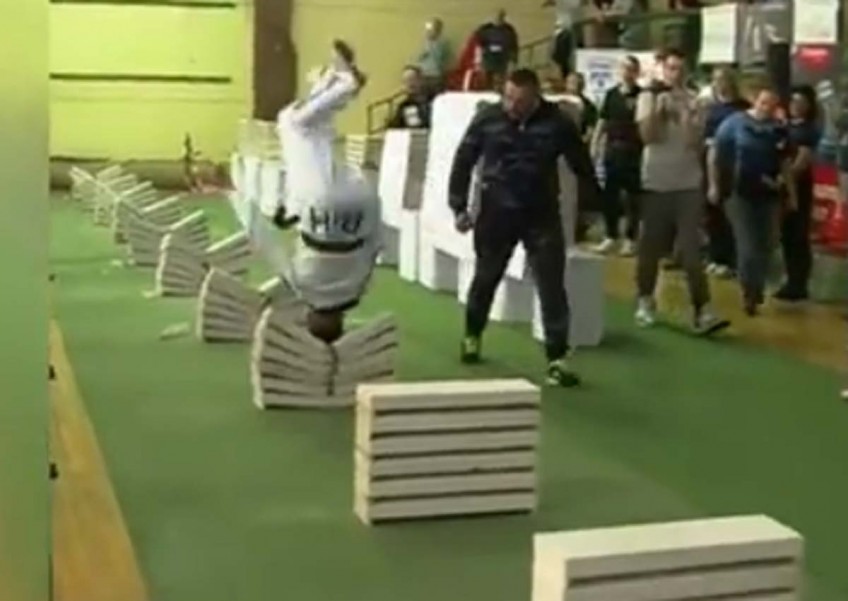 A Bosnian teenager has performed an impressive, if painful to watch, stunt, breaking 111 concrete blocks with his head in a mere 35 seconds.

Forward flipping his way down a line of 20 stacks of six blocks each, Kerim Ahmetspahic, a young taekwondo martial artist, smashed the blocks with his head in front of a cheering crowd in the Bosnian city of Visoko at the weekend.

He appeared to falter on the 18th stack, but then recovered and finished to loud applause.

Ahmetspahic received a certificate recording his achievement and thanked his parents, his coach and his friends for helping him succeed in the unusual accomplishment.