Britain, EU must 'work hard' to reach deal: May letter 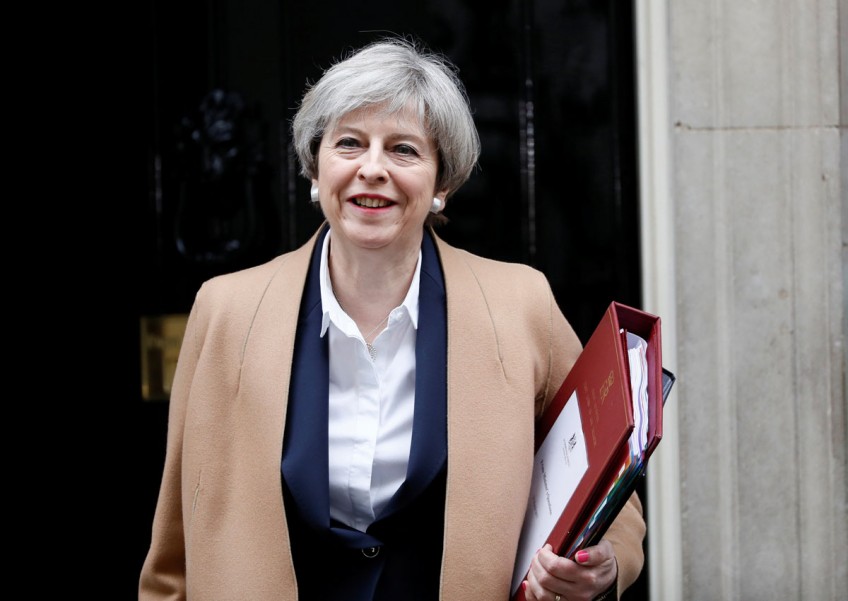 London - Britain and the European Union must "work hard" to avoid a failure in Brexit negotiations, Prime Minister Theresa May said in the letter formally launching the process, calling it a "momentous" challenge.

May also called for talks on Britain's exit and on future trade ties to be worked out "alongside" each other, although the EU has said the new trading relationship should only be discussed after Brexit is agreed.

In her letter, which was hand-delivered to EU president Donald Tusk in Brussels by Britain's EU ambassador Tim Barrow, May struck a conciliatory tone and called for a new "bold and ambitious" free trade deal with the bloc.

She said she wanted a "deep and special partnership" that would take in both security and economic cooperation.

"Europe's security is more fragile today than at any time since the end of the Cold War," she said.

She also said that both Britain and the EU "would of course cope" if the negotiations fall through and the two sides are forced to fall back on World Trade Organization tariffs to trade with each other.

But she added: "It is not the outcome that either side should seek. We must therefore work hard to avoid that outcome." British business leaders have warned about the prospect of a "no deal" scenario and May had said in a speech in January that "no deal is better than a bad deal".