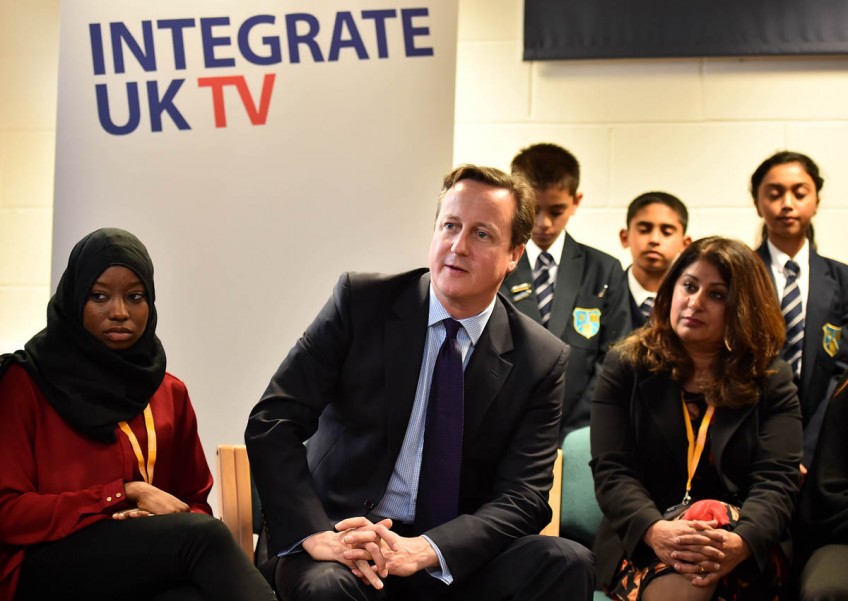 Key proposals in the plan include allowing parents to have passports removed from 16 and 17-year-olds, and barring those with terrorism or extremist convictions from working with children and vulnerable people.

The new Counter-Extremism Strategy will also include a review of Britain's citizenship rules with a stronger focus on the "good character" consideration to filter out extremists from those applying to be citizens.

"The fight against Islamist extremism is, I believe, one of the great struggles of our generation. In responding to this poisonous ideology, we face a choice," Cameron said Monday.

"Do we close our eyes, put our kid gloves on and just hope that our values will somehow endure in the end? Or do we get out there and make the case for those values, defend them with all that we've got and resolve to win the battle of ideas all over again?"

Police say they have foiled several jihadist attacks in Britain, while hundreds of Britons are believed to have travelled to Syria and Iraq to join the Islamic State group, raising concerns that not enough is being done to counter extremism.

A 15-year old boy, thought to be Britain's youngest person convicted of terrorism, was sentenced earlier this month to a minimum of five years in jail for plotting an IS-inspired "massacre" on an Anzac Day parade in Australia.

Cameron called on the Muslim community to do more to combat the threat.

"The extremist narrative needs to be fought every day at the kitchen table, on the university campus, online and on the airwaves," said the prime minister.

"As a government, I know we must own this problem. But our Muslim communities must own it too. We have all got a critical part to play, but I strongly feel the currently silent majority can make all the difference."

"Whether it is in mosques, education or charities, the strategy will reinforce perceptions that all aspects of Muslim life must undergo a 'compliance' test to prove our loyalty to this country," said MCB general secretary Shuja Shafi.

"We cannot help but also detect the McCarthyist undertones in the proposal to create blacklists and exclude and ban people deemed to be extremist."

Citing police figures, Cameron's Downing Street office said there were 338 counter-terrorism related arrests in the past year, with 157 linked to Syria and 56 involving suspects under 20.

The planned measure allowing parents to cancel the passports of 16 and 17-year-olds follows a successful trial with youths under 16, Downing Street said.

Cameron's new strategy comes a day after he pledged £5 million (S$10.7 million) to root out the "poison" of extremists by supporting local initiatives, campaigns and charitable organisations in a so-called "national coalition" against radicalisation.