LISBON - British Airways offloaded a couple from a London to Jamaica flight at a Portuguese air force base Wednesday after a row broke out over their demands for an upgrade to business class, military officials said. 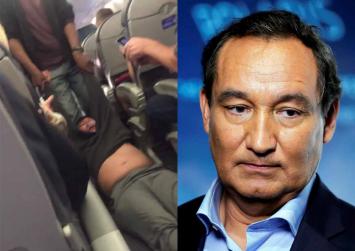 "The pilot decided to land in Lajes in the island of Terceira because of a dispute between cabin crew and a couple who wanted to be transferred from economy class to first class," an air force spokesman told AFP.

He said the couple, from Britain, had filmed the spat on a mobile phone.

"The British couple will remain in Terceira and will be questioned by police," he said.

The Boeing 777 had left London for the Jamaican capital Kingston late Wednesday.