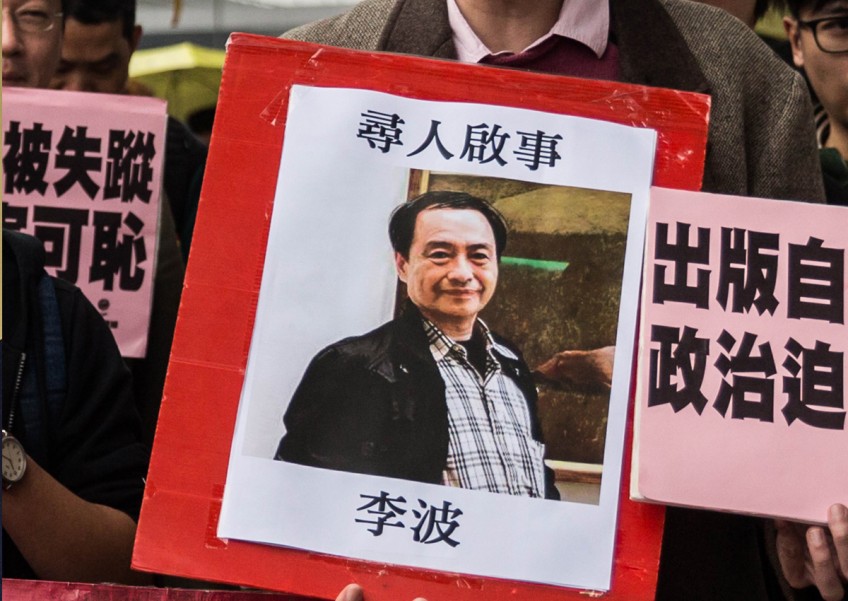 Two British lawmakers Tuesday spoke out over five missing Hong Kong booksellers feared to have been detained in mainland China, calling for the case to be resolved quickly.

The disappearance of the five, from Hong Kong's Mighty Current publishing house known for salacious titles critical of Beijing leaders, has fuelled concerns freedoms in the semi-autonomous Chinese city are being eroded.

On a visit to Hong Kong's legislature, the British members of parliament insisted the UK had a legitimate interest in the case.

One of the five missing men, Lee Bo, 65, is a British citizen.

"The ambiguity around this case isn't helpful to China as much as it is to Hong Kong and the sooner that is resolved I think the better it will be for everybody," MP Jonathan Reynolds told reporters.

Reynolds and fellow MP Graham Brady are from the All Party Parliamentary China Group which deals with Bejing-London affairs.

"We're talking about a British citizen as well as talking about the rights and freedoms of Hong Kong so the British government has a proper and legitimate interest and has rightly expressed their concern," Brady said.

"We would hope, as I'm sure everybody here does, that this case be resolved as quickly as possible," Brady added.

Both the US State Department and European Union have expressed concern over the disappearances.

Bo, the last to vanish, was last seen in Hong Kong on December 30, sparking multiple protests in the city. Three other employees of the publisher went missing in southern China, and one in Thailand.

Letters purportedly sent by Lee to his wife claimed that he was safe and was "assisting in an investigation".

Another of the detained booksellers, Gui Minhai, who has Swedish nationality, was paraded on Chinese national television last week, saying he was in China to "take legal responsibilities" for killing a college student in a car accident there 11 years ago.

Gui, a Swedish national and co-owner of Mighty Current, reportedly failed to return from a holiday in Thailand in October.

Pro-democracy lawmakers, activists and some residents believe Lee was kidnapped in Hong Kong by mainland authorities. They accuse China of trampling on the "one country, two systems" agreement under which Hong Kong has been governed since its return by Britain in 1997.

Chinese law enforcers have no right to operate in the city.