British PM May to fire starting gun on Brexit 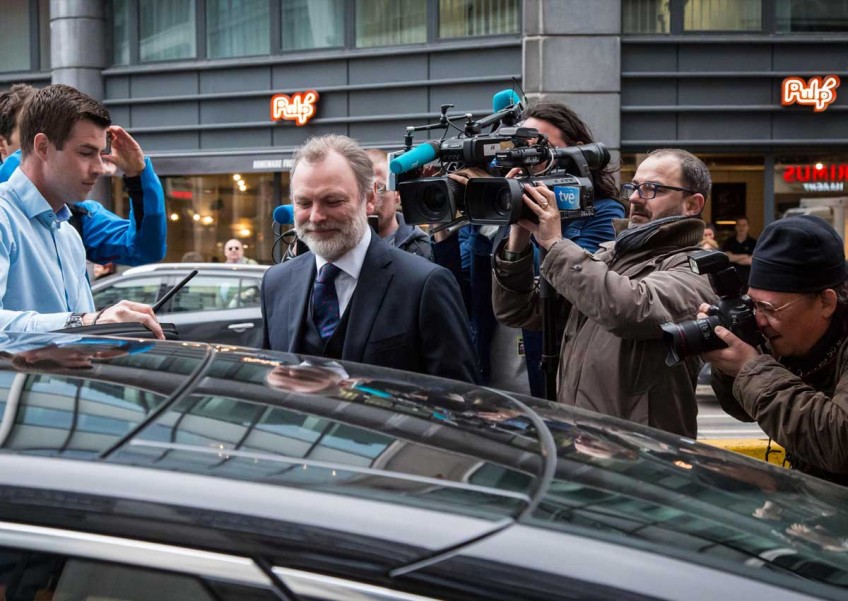 LONDON - Prime Minister Theresa May will file formal Brexit divorce papers on Wednesday, pitching the United Kingdom into the unknown and triggering years of uncertain negotiations that will test the endurance of the European Union.

Nine months after Britons voted to leave, May will notify EU Council President Donald Tusk in a letter that the UK really is quitting the bloc it joined in 1973.

The prime minister, an initial opponent of Brexit who won the top job in the political turmoil that followed the referendum vote, will then have two years to settle the terms of the divorce before it comes into effect in late March 2019. "Now that the decision has been made to leave the EU, it is time to come together," May will tell lawmakers, according to comments supplied by her office. "When I sit around the negotiating table in the months ahead, I will represent every person in the whole United Kingdom - young and old, rich and poor, city, town, country and all the villages and hamlets in between," May will say.

On the eve of Brexit, May, 60, has one of the toughest jobs of any recent British prime minister: holding Britain together in the face of renewed Scottish independence demands, while conducting arduous talks with 27 other EU states on finance, trade, security and a host of other complex issues.

The outcome of the negotiations will shape the future of Britain's US$2.6 trillion(S$3.6 trillion) economy, the world's fifth biggest, and determine whether London can keep its place as one of the top two global financial centres.

For the EU, already reeling from successive crises over debt and refugees, the loss of Britain is the biggest blow yet to 60 years of efforts to forge European unity in the wake of two devastating world wars.

Its leaders say they do not want to punish Britain. But with nationalist, anti-EU parties on the rise across the bloc, they cannot afford to give London generous terms that might encourage other member states to follow its example and break away.

May's notice of the UK's intention to leave the bloc under Article 50 of the EU's Lisbon Treaty is due to be hand-delivered to Tusk in Brussels by Tim Barrow, Britain's permanent representative to the EU, at around 1130 GMT.

May, who on Tuesday signed the Brexit letter and spoke to German Chancellor Angela Merkel about the future talks, will update the British parliament on Wednesday while Tusk is due to give a briefing to reporters.

The Sun, Britain's most popular newspaper, projected giant messages to Europe including "Dover and Out", "Goodbye" and "See EU Later" onto England's iconic white cliffs of Dover that face the continent.

In the French media, the response was less celebratory. The Liberation newspaper led with the headline: "We miss you already! Or do we..." over a picture of a guard wearing a bearskin hat, a traditional symbol of Britain.

The Brexit letter is expected to seek to set a positive tone for the talks and recap 12 key points which May set out as her goals in a speech on Jan. 17, EU officials said.

Within 48 hours of reading the letter, Tusk will send the 27 other states draft negotiating guidelines. He will outline his views in Malta, where from Wednesday he will be attending a congress of centre-right leaders. Ambassadors of the 27 will then meet in Brussels to discuss Tusk's draft.

The course of the Brexit talks is uncertain.

May has promised to seek the greatest possible access to European markets but said Britain will aim to establish its own free trade deals with countries beyond Europe, and impose limits on immigration from the continent.

She has acknowledged that those measures would require withdrawing from the EU 'single market' of 500 million people, founded on the principles of free movement of goods, services, capital and people.

Her priorities also include leaving the jurisdiction of the European Court of Justice and securing "frictionless" trade with the bloc while ending full membership of the customs union that sets external tariffs for goods imported into the bloc.

She wants to negotiate Britain's divorce and the future trading relationship with the EU within the two-year period, though EU officials say that will be hard. "It was you, the British, who decided to leave, not us who wanted you to go," said one senior EU diplomat. "The trading relationship is going to be the most difficult bit to solve - I don't see how that will be done in that time frame."

A huge number of questions remain, including whether exporters will keep tariff-free access to the single market and whether British-based banks will still be able to serve continental clients, not to mention immigration and the future rights of EU citizens in the UK and Britons living in Europe.

Britain's finance minister, Philip Hammond, said he was confident the country would negotiate a customs arrangement with the EU that would allow for borders to be as frictionless as possible after Brexit. "It is not in the interests of anybody on the continent of Europe to have lines of trucks," Hammond said, adding that he did not recognise some of the large numbers being spoken about in Brussels that some officials say Britain may have to pay to the EU as it exits.

Global banks such as Goldman Sachs are considering moving staff out of Britain due to Brexit, and some major companies and banks could use the Article 50 trigger date to update investors on their plans.

The Brexit vote triggered the biggest one-day fall in sterling since free-floating exchange rates and the pound is trading at $1.24, around 25 cents below the rate on June 23.

At home, May's United Kingdom - a nuclear power with a permanent seat on the United Nations Security Council - is divided and faces strains that could lead to its break-up.

The results of the Brexit referendum called the country's future into question because England and Wales voted to leave the EU but Scotland and Northern Ireland voted to stay.

Scottish nationalists have demanded an independence referendum that May has refused, saying the time is not right. In Northern Ireland, rival parties have been unable to end a major political crisis for over two months and Sinn Fein nationalists are demanding a vote on leaving the UK and uniting with the Republic of Ireland. "May's job is just so difficult - keeping the UK together while Brexiting - that I am not sure anyone would want it," said a senior non-EU diplomat, who spoke on condition of anonymity.

"After Brexit, the future of almost everything is completely unclear and that is extremely worrying for the UK, the EU and the West as a whole."