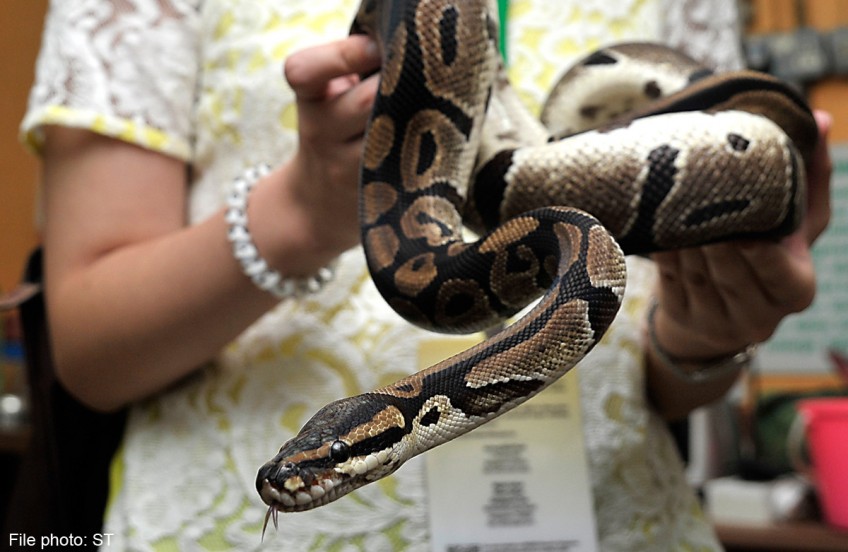 File photo of a python

LONDON - British police said on Monday they were hunting for thieves who broke into an apartment in northwest England and stole 38 Royal Python snakes.

"This is a large collection of snakes that the victim had been gathering for a while," said Det Con Neil Henry of Merseyside Police.

According to a website for Royal Python keepers, the snakes grow to an average length of 1.2-1.5 metres and make great pets, as they have good temperaments and are easy to tame.