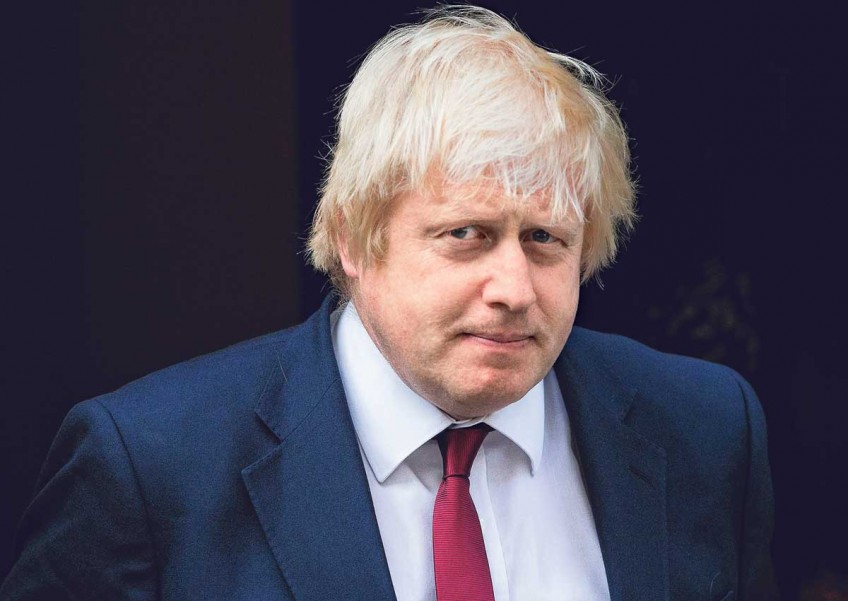 LONDON - Britain's newspapers on Thursday focused on new Prime Minister Theresa May's challenge-laden in-tray, while her appointment of top Brexiteers led by Boris Johnson thrilled some but alarmed others.

Dailies concentrated on the slant of the incoming government team replacing that of David Cameron, who stepped down as premier on Wednesday.

"May's clean break" said The Times' front page, with a picture of the new premier and her husband waving from the steps of 10 Downing Street.

It drew on her sacking of Cameron's number two George Osborne as finance minister as drawing a line between her administration and her predecessor's.

The Times editorial was entitled "No time to lose".

"Theresa May promises to rise to the challenge of leading Britain out of Europe, yet nothing she hopes to achieve will be possible without prosperity and growth," it said.

"Britain is at a turning point. Its wealth, stability and identity are all at stake," it said.

"The political limbo left by Brexit has been ended with impressive speed, but economic uncertainty lingers.

However, most newspapers were more interested in the surprise appointment of former London mayor Johnson as foreign minister.

The Daily Telegraph had a picture of May's first step into 10 Downing Street, taken from inside.

"May brings in the Brexiteers," the conservative broadsheet said.

Its cartoon had a picture of traders looking at a screen bearing a line plunging then soaring.

"Days after his PM dream imploded, May makes him foreign secretary," said the right-wing tabloid.

"Go with the Flo", the tabloid's headline said, with the entire front page a picture of Cameron looking at his smiling youngest child.

Free commuters' newspaper Metro had a picture of the Camerons above the headline: "The May team".

The Guardian newspaper carried a picture of May and her husband on the steps of 10 Downing Street with the headline: "May's pledge to Brexit Britain".

"Speech to the middle ground on steps of No 10 but then cabinet takes a tilt to the right," it said.

"No money, not much of a majority and one massive headache: Europe," it said.

"Mrs May will have to fight her way past all these hazards if she is even to begin to develop the interesting ideas that she set out." Meanwhile Scottish separatist newspaper The National portrayed May as the Disney villain Cruella de Vil, with the headline "The de Vil is in the detail".

"101 reasons to be terrified of the new government", it said.

[[nid:319683]]
#Theresa May
SUBSCRIBE TO OUR NEWSLETTER
Your daily good stuff - AsiaOne stories delivered straight to your inbox