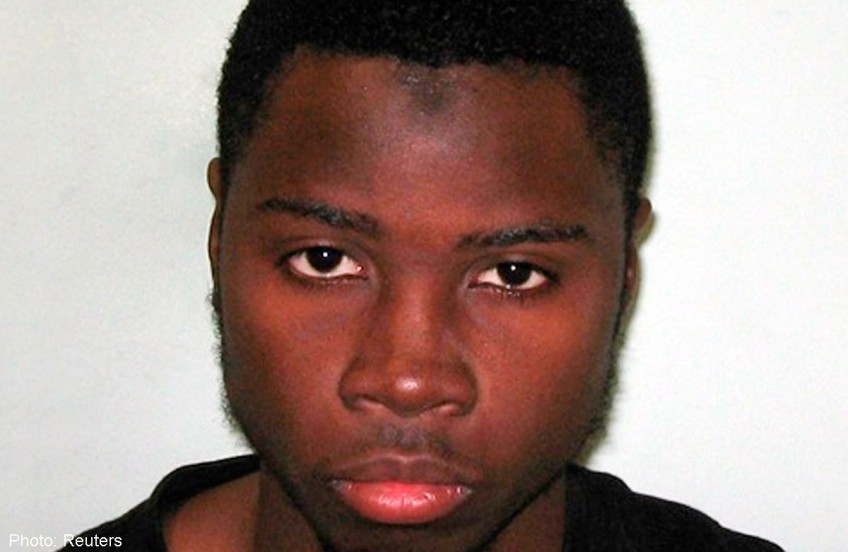 LONDON - A British teenager was sentenced to 22 years in jail on Friday for plotting to behead a soldier in London, a plan hatched to imitate the hacking to death of soldier Lee Rigby by two radical Islamists in the capital in 2013.

Ziamani, from Camberwell in southeast London, had told his ex-girlfriend in graphic detail hours before his arrest of his intention to behead a soldier on the streets of the capital.

His postings on Facebook and text messages showed Ziamani, now 19, had "totally absorbed the twisted interpretation of the Holy Quran that is the hallmark of the fanatical Islamic terrorist," Judge Timothy Pontius said in sentencing remarks.

"Had the defendant not been arrested on Aug 19, then within hours at most he would have used the hammer and knife to carry out the intention he had so clearly expressed ... with the result that an act of horrifying savagery would again have been perpetrated on the streets of London."

Ziamani had repeatedly expressed admiration for Michael Adebolajo and Michael Adebowale, British converts to Islam who are both serving life sentences for killing Rigby by slamming into him with a car then butchering him with knives.

"The defendant was looking for another Drummer Rigby but, if he couldn't find a soldier, I have little doubt that a police officer or other figure of authority would have suited his purpose just as well," the judge said.

"The Islamic flag also found in his rucksack would then, I am sure, have been held aloft in one hand after the defendant had carried out his intended atrocity, ideally a beheading, so that a picture could be taken of him holding his trophy in the other hand."

Since then, dozens of people have been arrested, including some over alleged plots to behead police officers, soldiers or members of the public. Police across the country have been warned to be alert to the risk of an attack.

The issue of radicalisation among a minority of young British Muslims has been the subject of public debate, especially since the Islamic State militant known as "Jihadi John" was identified in February as Londoner Mohammed Emwazi.