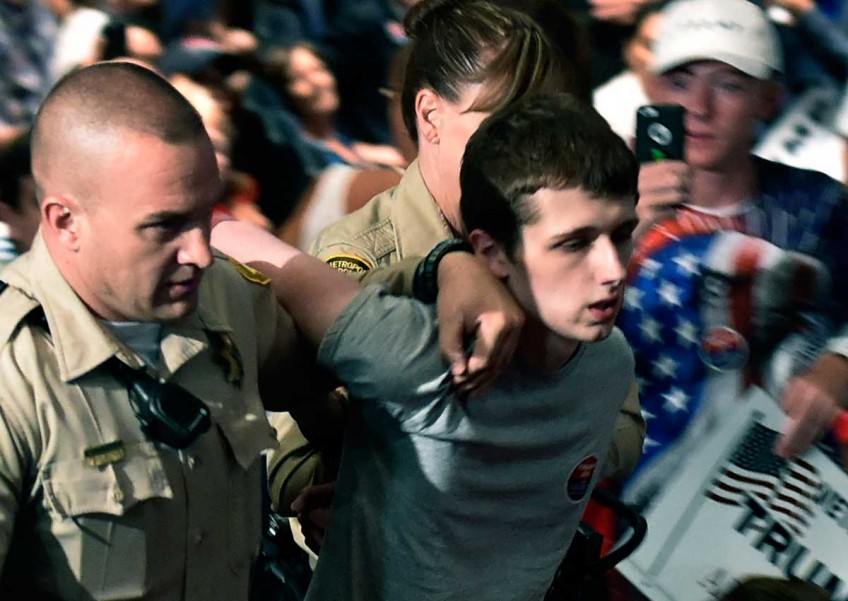 A federal grand jury on Wednesday indicted a British man on weapons charges, alleging he tried to steal a gun from a policeman during a Las Vegas rally for Donald Trump, the presumptive Republican presidential nominee.

Michael Steven Sandford, 20, of England, was charged with two felony counts of being an illegal alien in possession of a firearm and one felony count of impeding and disrupting the orderly conduct of government business, the US Attorney's Office in Las Vegas said in a statement.

Sandford's federal public defenders could not be immediately reached to comment on the indictment. Sandford is scheduled to be arraigned on July 6, the attorney's office said.

Sandford was initially charged in a complaint filed in federal court on June 20 with an act of violence on restricted grounds over the June 18 incident at the Treasure Island casino hotel. The complaint said Sandford told a US Secret Service agent he had driven to Las Vegas from California with the goal of shooting Trump.

The indictment does not accuse Sandford of plotting to kill Trump.

According to the June 20 complaint, Sandford said he had been in the United States for a year and a half. Court records said he had lived in Hoboken, New Jersey.

Court records said Sandford went to the Battlefield Vegas gun range to practice shooting a day before the rally, and said he had never fired a gun before. While there, he fired 20 rounds from a Glock 9mm handgun, the complaint said.