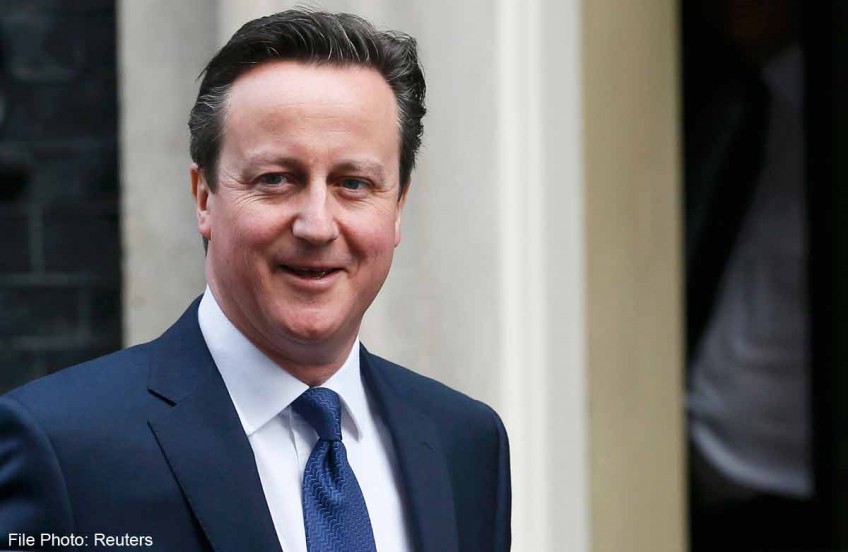 LONDON - David Cameron went on the offensive against the opposition in a rowdy House of Commons on Wednesday at his last Prime Minister's Questions session before May's knife-edge election in Britain.

Conservative leader Cameron dealt a blow to the main opposition Labour party by ruling out a tax rise and peppering his answers with cutting put-downs of its leader, Ed Miliband.

He jokingly compared Miliband to Richard III, the villainous 15th century king whose remains are being reburied on Thursday, and called him the "poodle" of the pro-independence Scottish National Party (SNP) to barking sounds from Conservative benches.

Miliband, meanwhile, taunted Cameron about his "retirement plan" after the premier revealed in a BBC interview on Monday that he would not seek a third term in office if he wins re-election this time round.

The election on May 7 currently looks too close to call, with the centre-right Conservatives and centre-left Labour virtually neck-and-neck in opinion polls.

The main campaign will get under way next week.

In a pre-election pitch, Cameron said the Conservatives would not increase value-added tax (VAT), a consumption tax which stands at 20 per cent, after Labour made the same pledge on Tuesday.

The move came as a particular surprise because finance minister George Osborne on Tuesday had declined to match Labour's promise when questioned by lawmakers.

Prime Minister's Questions is a weekly half-hour session in the House of Commons when the leader of the main opposition party and other lawmakers can question the premier on the issues of the day.

The prorogation of parliament will be declared by Queen Elizabeth II on Thursday, meaning it will not then sit until after the election.

While Prime Minister's Questions provides great political theatre, many lawmakers have criticised the adversarial nature of the exchanges.

Cameron himself described it as "Punch and Judy politics" before he became premier.