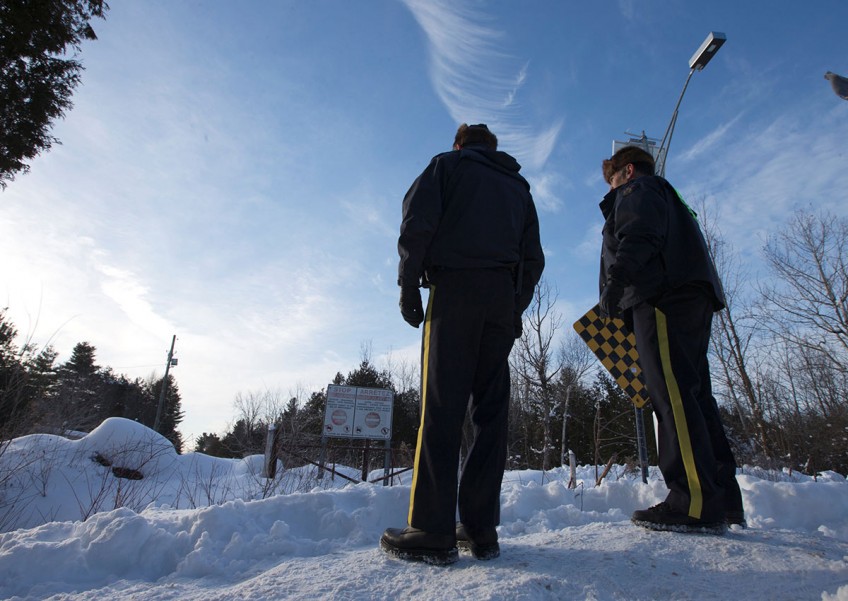 TORONTO - A spike in refugee claims for the first two months of 2017 put Canada on track for the highest number since at least 2011. A fifth of those claimants were caught crossing the border illegally.

Growing numbers of asylum-seekers are coming to Canada in the wake of the election of US President Donald Trump, who has pledged to crack down on refugees and undocumented immigrants.

Canada's federal government has taken heat from opponents on both the left and right for its wait-and-see approach to the influx. A Reuters/Ipsos poll found almost half of Canadians want people who entered the country illegally to be deported.

Statistics released by the government on Monday evening show 5,520 people made refugee claims in Canada in January and February.

If the pace of asylum-seekers keeps up, it will mean upwards of 33,000 refugee claims filed in Canada this year - almost 40 per cent higher than 2016.

Despite the images of individuals hauling babies and belongings across the snowy border, only 20 per cent of those who have filed refugee claims in Canada so far this year - 1,134 - were intercepted by Royal Canadian Mounted Police as they crossed the border illegally.

Of those, the majority - 677 - were caught crossing into Quebec, with the rest in British Columbia and Manitoba (and five in the prairie province of Saskatchewan).