Carbon emissions plunge as planet tackles coronavirus pandemic - but can the drop be sustained?

Beijing basks in blue skies on Wednesday. Carbon emissions have fallen around the world amid strict measure to contain the coronavirus pandemic.

Global carbon emissions plunged last month to levels not seen since 2006, as governments around the world imposed tough restrictions to stop the spread of the coronavirus pandemic, a new study has found.

The study, carried out by a group of scientists from Europe, the United States and Australia, found that in early April daily global carbon emissions fell to 83 million tonnes, 17 per cent less than the 2019 daily average, while in some countries, emissions were down 26 per cent on average.

The study was published on Tuesday in the monthly peer-reviewed journal Nature Climate Change.

The analysis covered more than 69 countries, 50 US states and 30 Chinese provinces, which together represent 85 per cent of the world’s population and account for 97 per cent of global carbon emissions.

The researchers based their assessment on activity data for six economic sectors – power, industry, surface transport, public buildings and commerce, residential and aviation – for each country from January to the end of April.

They found that surface transport, power and industry were the most affected sectors in the pandemic, accounting for 86 per cent of the reduction in global emissions.

The aviation sector was also hit hard, with daily activity down 75 per cent, while surface transport saw its activity halved.

The researchers estimated that overall emissions fell by 1,048 million tonnes from January to the end of April, an 8.6 per cent decrease compared with the same time last year. 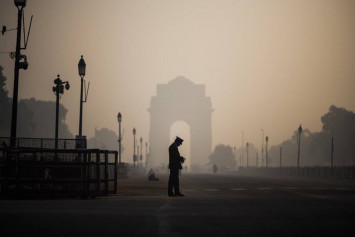 They forecast that if activity returned to pre-pandemic levels by mid-June, global carbon emissions would fall by 4 per cent this year.

But if lockdowns and other restrictions lasted until the end of the year, emissions could drop by 7 per cent.

The findings are in line with a projection by the International Energy Agency, which forecast in April that world’s carbon emissions would fall by 8 per cent this year.

Another analysis by the climate group Carbon Brief estimated in early April that global emissions could fall 5.5 per cent from 2019 levels.

However, the researchers warned that most changes observed this year were likely to be temporary because they did not reflect structural changes in the economic, transport and energy systems.

Li Shuo, a senior climate campaigner at Greenpeace East Asia, said there had been a temporary lull in carbon emissions during the pandemic, but it was an unsustainable way to cut emissions. Instead, carbon reductions depended on people’s behavioural changes.

Observers have also warned about a post-pandemic rebound in emissions.

“We have seen the stimulus package promoted by the [Chinese] government after the financial crisis in 2008 and its environmental and climate consequences, so we hope a repetition of that mistake can be avoided this time,” Li said.

Read Also
MCO: Air in Johor is better than before 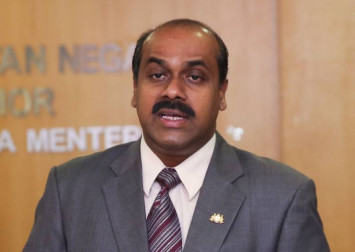 There are already worrying signs. In April, with social and economic life still not in full swing, China had higher levels of major pollutants, with readings of very harmful PM2.5 particles up 3.1 per cent on the same time last year, ozone up 8.1 per cent and nitrogen dioxide up 4 per cent, according to data from the environment ministry.

“There could be several hypotheses for why (weather conditions, illegal emissions, etc), but this is certainly a worrying sign,” Li said on Twitter this month.

Meanwhile, China approved plans for nearly 10 gigawatts of new coal power plants in the first quarter, roughly equal to the amount approved for the whole of last year, according to a report by magazine.

Yang Fuqiang, a senior adviser on energy and climate change at the Beijing office of the National Resources Defence Council, said there might be a short-term rebound in pollutants after the pandemic, but the crisis would cut dependence on fossil fuels in the long run.

“The crisis has changed people’s way of life and travel, which will further reduce oil consumption and carbon emissions,” he said.