MELBOURNE - Kangaroos are one of Australia's biggest tourist draws, but visitors to one park are getting more than they bargained for.

Tourists in Lake Macquarie, a two-hour train ride from Sydney, are ignoring warnings and feeding carrots to kangaroos, who become aggressive at the sight of their favourite sugary snack, a tour operator said.

Each week, thousands of people flock to see the kangaroos on grassy slopes near a psychiatric hospital, enticed by travel blogs promising "adorable wild kangaroos" that are "tame enough to get close to and take photos with".

Carrots in hand, the tourists approach the kangaroos, seeking a selfie with an Australian symbol that graces the country's coat of arms. 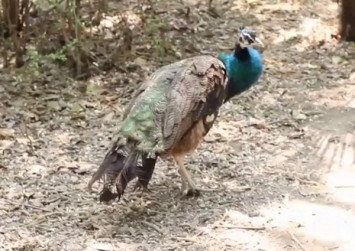 A photo posted by a tour operator on Facebook showed a kangaroo leaping up to kick a tourist with its powerful legs. Other photos showed a woman with a scratched face and a man with a bloody gouge in his stomach.

"Kangaroos can occasionally be aggressive, no matter what the circumstances are, but 90 per cent of the time it's the people who are trying to feed them who are attacked," Mr Shane Lewis, who operates a tourist shuttle service to the park, told Reuters. Mr Lewis said he showed photos of injuries to tourists as a reminder of the damage a wild animal can do.

Ms Michelle Shaw, a nutritionist at Sydney's Taronga Zoo, said the kangaroos had likely become addicted to the carrots, a high-sugar food that is bad for the marsupials.

"When they see people coming, they get that anxiety that sugar is on its way and they are going to be very aggressive to feed that addiction," Ms Shaw told Reuters.

A kangaroo's natural diet is mostly grass, so the sugar in carrots can make it hard to effectively absorb nutrients and lead to a "slow and painful death", she added.

Up to 2,000 people a week visit the grounds of Morisset Hospital, which have gained fame as a kangaroo hangout, thanks to online travel websites. 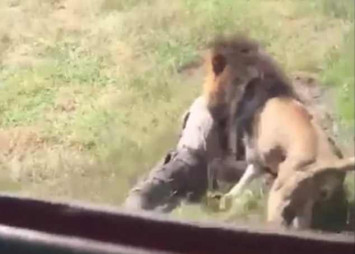 Despite the attacks, politician Greg Piper said the kangaroos were likely to remain the region's major draw for international tourists, and it was too late to do anything about it.

"That joey has left the pouch, so to speak," Mr Piper said this week, using the term for a young kangaroo.

"The only thing we can do is educate people about the dangers and find a way to manage the situation, not just for the safety of visitors and the hospital's residents but also for the safety of the kangaroos."