Cathay Pacific flight diverted to Bali due to engine defect 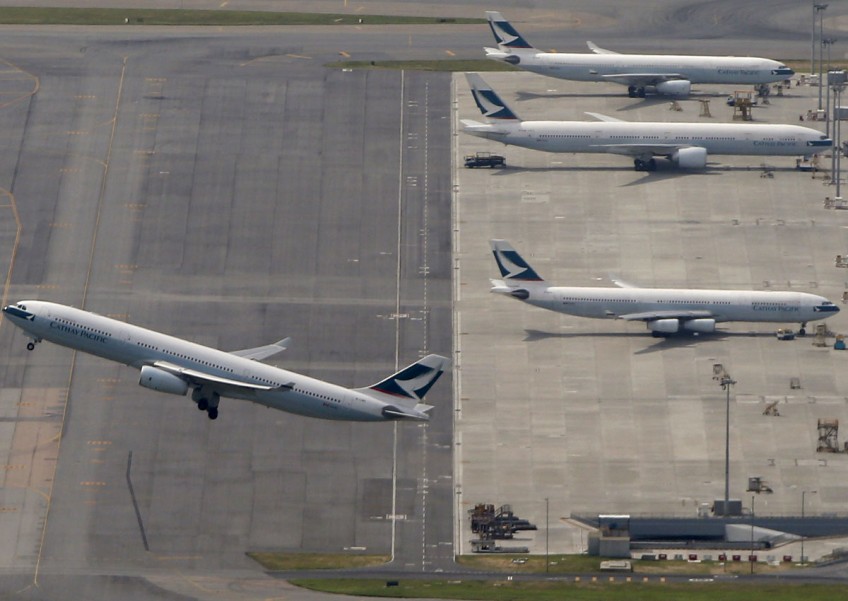 SYDNEY - A plane carrying 251 passengers from Australia to Hong Kong made an emergency landing in Bali on Friday (Sept 25) because of an engine problem, with one passenger talking of a fire on the wing.

Cathay Pacific flight CX170 was en route from the western Australian city of Perth when it was diverted to the Indonesian resort island.

"The engine was shut down and emergency landing was declared," Cathay said in a statement," adding that the aircraft landed safely in Denpasar. "There was no fire onboard. All passengers and crew are safe and unharmed."

Passenger Joel Sirna told an Australian radio station that there was a bang. "Mid-flight, we heard a loud bang and the plane started to shake, all the lights went out and I looked to the window and have just seen some flames and some sparks - the wing and the motor was on fire," he told 6PR radio.

"There were a few people that were pretty shaken. The girl next to me started freaking out and crying."

Cathay Pacific said it was investigating the incident, which involved an Airbus A330 aircraft.