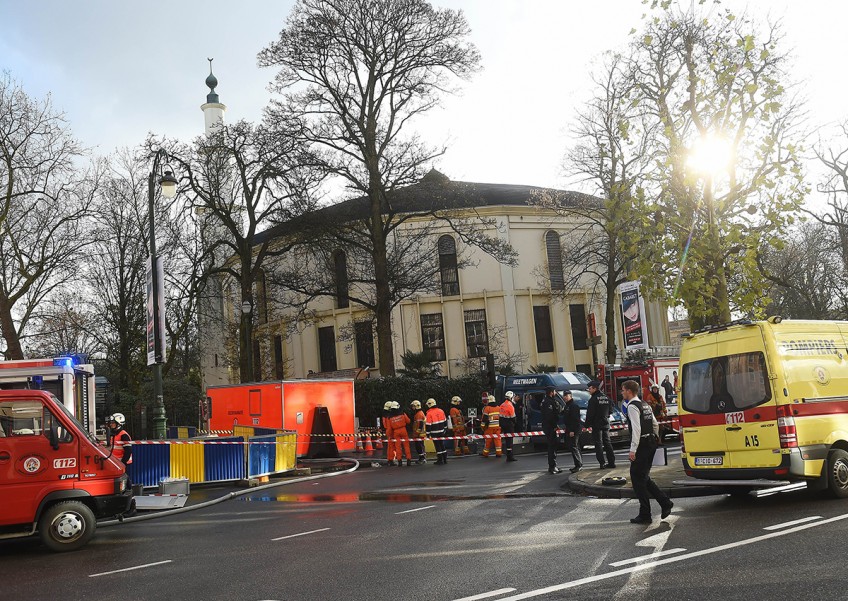 BRUSSELS - Firecrews and decontamination teams attended a major mosque in Brussels close to the European Union headquarters on Thursday after a suspect powder was found that the fire service said was feared to be anthrax.

Reuters journalists saw about a dozen emergency vehicles, including police, outside the Islamic and Cultural Centre of Belgium, a large Saudi-established institution including a mosque situated 200 metres from the European Commission.

A spokeswoman for the fire service said it had taken a call from the mosque from a person saying they believed that they had found anthrax powder, prompting the deployment of specialist crews. There was no immediate word on what the substance was.

Since the Paris attacks on Nov. 13 by French and Belgian Islamic State militants, there have been reports of threats against mosques used by Belgium's half million Muslims, among them some from an unknown group calling itself Christian State.