SAN FRANCISCO - The thought of Toys 'R'Us closing stores due to its recent bankruptcy filing is too much for one nine-year-old to bear, according to court papers.

In a handwritten letter entered on Monday in the bankruptcy docket of the largest US toy store chain, the child argued store closings "will be bad for kids" and would leave them "very unhappy."

The retailer's stores are special for children, who "would rather be promised a trip to Toy 'R' Us than any other store," the child said in the letter to US Bankruptcy Judge Keith Phillips, who is overseeing the bankruptcy case.

The letter identifies the child only as Andrew. The child's last name was blacked out. 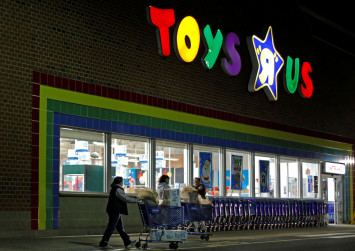 The letter was entered into the Toys 'R' Us docket like any other document, Phillips' judicial assistant told Reuters.

Toys 'R' Us filed for Chapter 11 bankruptcy protection earlier this month to restructure $5 billion of its long-term debt.

It did not, however, file with plans for store closures as has been typical of many retailers that have sought to restructure or liquidate in court in recent years.