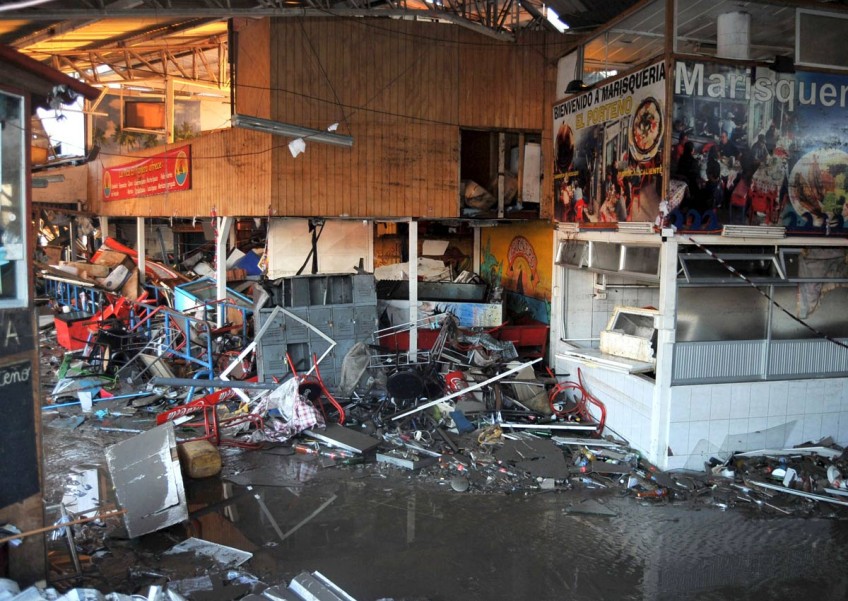 SANTIAGO - Chilean President Michelle Bachelet promised financial help on Monday to victims of last week's 8.3 magnitude earthquake and the tsunami that followed, which battered the country's coastline near the port of Coquimbo and destroyed hundreds of homes.

The government would give one-time payments to affected families of $1,500 to rebuild homes and another US$700 to replace lost goods, said Bachelet. The government would also use emergency funds to help the worst-hit fishing and port industries, she added.

The quake on Wednesday night was the strongest recorded in the world this year.

The latest toll was 13 people reported as killed and 14 injured, the emergency service Onemi said Sunday night. Nearly 2,000 homes had been destroyed or badly damaged, it said. "We know that any measure does not compensate for losses suffered during this new natural catastrophe, but we want people to know that the government is not going to abandon them," said Bachelet.

The earthquake, the latest in a string of natural disasters to hit Chile this year, comes at a difficult time for Bachelet, who is trying to turn around record lows in her popularity at a time when the economy is weak and an ambitious reform program is struggling.

But the government learnt lessons from its perceived slow reaction to a massive 2010 quake, and the swift evacuation of coastal zones and prior enforcement of strict building regulations helped keep the death toll relatively low.

Aftershocks from Wednesday's quake are still continuing, with many residents in central Chile woken in the early hours of Monday by a 6.3 magnitude tremor.