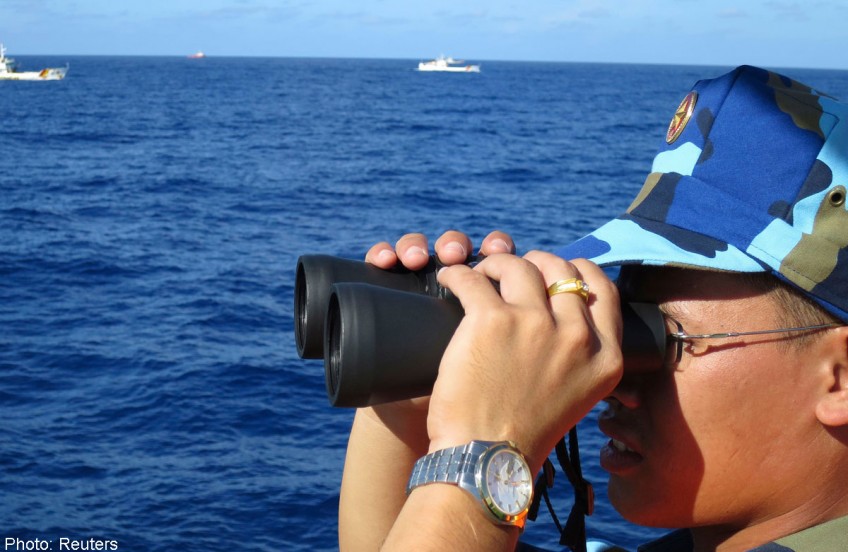 BEIJING - Chinese state media turned to Yiddish on Saturday in the war of words over territorial disputes, criticising the United States as a "kibitzer" for what it called meddling in the South China Sea issue.

A commentary published in English by the official Xinhua news agency was headlined "America the Kibitzer" - which refers to an onlooker who gives unwanted advice - in this case regarding the South China Sea.

China claims almost all of the South China Sea, a position that conflicts with Brunei, Malaysia, the Philippines and Vietnam, as well as with Taiwan.

US officials have called for a multilateral agreement to end all actions that risk further inflaming tensions in the region, which includes US allies.

"Uncle Sam has long been in the grip of many addictions, such as muscle-flexing, preaching and borrowing, but there has turned out to be one more: kibitzing," the commentary said.

The commentary followed remarks by Commander of the US Seventh Fleet, Vice Admiral Robert Thomas, calling for patrols of the South China Sea as well as US senators urging a strategy to deal with China's land reclamation in the disputed region.

"If ASEAN members were to take the lead in organising something along those lines, trust me, the US 7th Fleet would be ready to support," Bloomberg quoted Thomas as saying.

ASEAN is the Association of Southeast Asian Nations.

"Such outside kibitzing... is way out of line for a party that has publicly committed itself not to (take) sides on the South China Sea disputes," the Xinhua commentary said.

Yiddish was once the main language for Jews living in Europe. But it started to wane after World War II with the use of Hebrew in Israel and Jewish immigrants to America switching over to English.