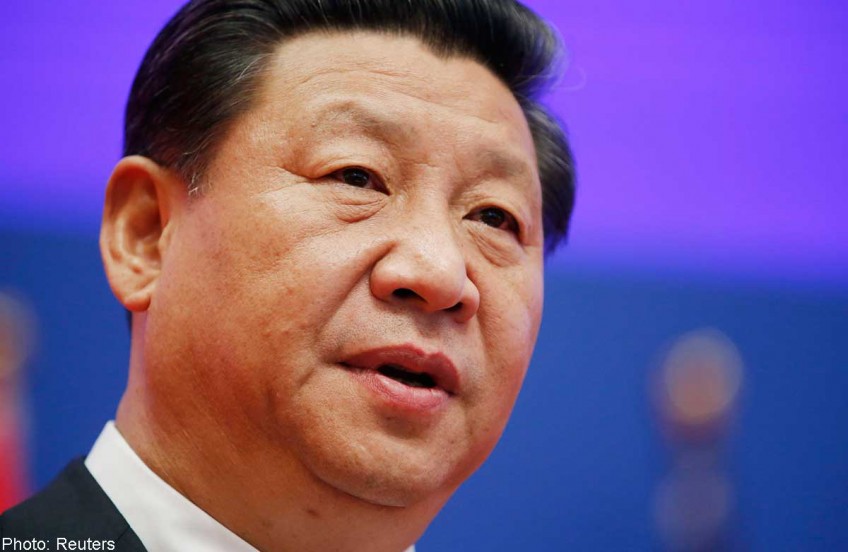 Brazilian President Dilma Rousseff will give Xi red-carpet treatment during a state visit to Brasilia before a summit with the CELAC group of Latin American and Caribbean states.

Xi arrived in Brazil this week for a summit of the BRICS group of emerging powers - Brazil, Russia, India, China and South Africa - and South American presidents.

"China is willing to combine efforts with Brazil and other countries in the region to become good friends and allies in a shared destiny, and walk in sync," Xi said in a speech to Brazil's Congress on Wednesday.

The visit is Xi's second to Latin America since taking office last year, when he toured Mexico, Costa Rica and Trinidad and Tobago.

This week, the BRICS countries agreed to launch a New Development Bank to fund infrastructure projects in developing nations and an emergency reserve, drawing praise from South American presidents who see them as an alternative to Western-dominate financial institutions.

After bilateral talks with Rousseff, Xi will launch the China-Latin America Forum with the CELAC, a 33-nation grouping that will be represented Thursday by Cuba, Ecuador, Costa Rica and Antigua and Barbuda.

With the visit, Xi is presenting China as an alternative to the United States in the region, analysts said.

"China is an option that matches with the leftist political sympathy that it has with some countries in the region," said Rubens Figueiredo, foreign relations professor at Sao Paulo University.

"It is looking for a different economic role from that of the United States and Europe," he said.

China's massive purchases of commodities and exports of manufactured goods to the region have boosted its two-way trade with Latin America to a total of $261.6 billion last year, according to China's customs.

"China has arrived in Latin American because the United States did not have the strength to protect this market," said Andre Perfeito, chief economist at Gradual Investimentos consultancy.

During a preparatory visit in April, Chinese Foreign Minister Wang Yi said Beijing want to invest more in the region, including in energy and infrastructure projects.

For its part, Brazil wants to diversify its exports to China, with iron ore, soybean, oil and paper representing 80 per cent of it.

Brazilian officials also want to complete the sale of several Embraer planes and convince Beijing to lift a ban on Brazilian beef that was imposed after an isolated case of mad cow disease in 2012.

Rousseff said last week Brazil was looking to collaborate with China in the construction of railways in the continent-sized South American nation.

After Brazil, Xi will head to oil-supplier Venezuela, long-time political ally Cuba and Argentina - a key source of soybeans for China.