A Chinese woman carrying multiple cellphones and thumb drives bearing malware was arrested on March 30, 2019, at the resort while the president was staying there, court documents revealed on April 2.

WEST PALM BEACH, FLORIDA - A Chinese woman charged with bluffing her way into President Donald Trump's Florida resort will remain in custody at least another week, a federal magistrate ruled on Monday.

The woman, Yujing Zhang, was arrested after giving conflicting reasons last month for being at the Mar-a-Lago club during one of Trump's routine weekend visits, an incident that renewed concerns about security at the club.

Prosecutors told US Magistrate Judge William Matthewman that Zhang could not be trusted, accusing her of lying to investigators about why she was at the property. They said a search of her hotel room turned up a device to detect hidden cameras, five cell phone SIM cards and over US$8,000 (S$10,800) in cash.

"She lies to everyone she encounters," Assistant US Attorney Rolando Garcia said during a hearing in US District Court in West Palm Beach, Florida. "She has no ties to the United States."

Three law enforcement and national security sources told Reuters on Monday that multiple US agencies are evaluating whether the incident has any ties to Chinese intelligence and whether it exposed counter-intelligence risks. They described Zhang's attempted entry of the club as amateurish, but said they are evaluating whether it was intended as a test of the presidential property's security. 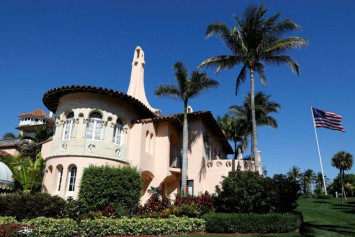 Zhang, who was shackled during the hearing, did not speak other than to say "yes" in response to the judge's questions about whether she understood the proceedings.

Zhang told one of the US Secret Service agents who protect Mar-a-Lago that she was there to use the pool and later told a second agent that she had been invited to a UN Chinese American Association event, though club officials determined no such event was scheduled. She was arrested after agents determined she had no legitimate reason to be at the club.

Defence attorney Robert Adler described the incident as a "misunderstanding."

"The only thing Ms. Zhang did was give a common name and she was allowed onto the property," Adler said. "I don't understand how this could be a trespass charge."

Zhang has been charged with making false statements to a federal officer and entering or remaining in a restricted area, charges that carry up to a five-year sentence in federal prison. She is 32 or 33 years old, according to documents filed in federal court.

Congressional Democrats raised questions last week about security at the club. The president brushed off the concerns, calling the incident a "fluke" and praising the Secret Service.