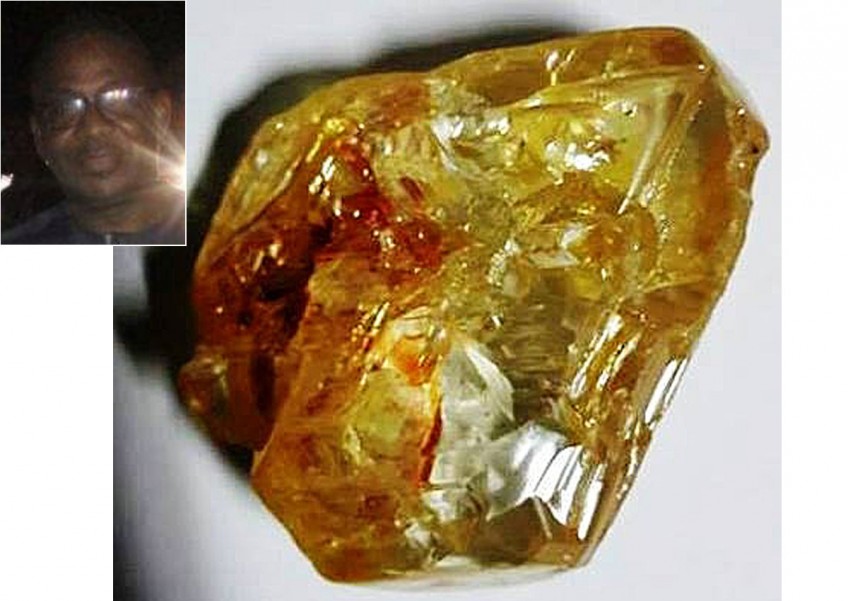 A Christian pastor has found one of the world's largest uncut diamonds - weighing 706 carats -- in Sierra Leone's eastern Kono region.

The stone, a photograph of which was posted on the president's official website, is being stored in the country's central bank, government sources said.

A local chief from Kono handed the stone to President Ernest Bai Koroma on behalf of Emmanuel Momoh who made the discovery. The government plans to auction it.

The presidency said in a statement on Thursday that Koroma thanked the chief who acted as an intermediary for not smuggling it out of the country.

Diamonds fueled a decade-long civil war that ended in 2002 in which 50,000 people were killed. Rebels forced civilians in the east to mine the stones and bought weapons with the proceeds, leading to the term 'blood diamonds'.

"He (Koroma) underscored the importance of selling such a diamond here as it will clearly give the owners what is due them and benefit the country as a whole," the statement said.

The stone is yet to be valued but could be worth millions of dollars. Sierra Leone's gross national income per capita stood at US$620 in 2015, according to World Bank data.

The United Nations lifted a ban on diamond exports from Sierra Leone in 2003. The International Monetary Fund expects the country to export US$113 million worth of diamonds this year though the sector remains plagued by smuggling.

Despite its size, this week's discovery is considerably smaller than the Cullinan diamond, which was found in South Africa in 1905. That 3,106-carat stone was cut into several polished gems and the two largest pieces are part of Britain's crown jewels.