Clinging onto power in Africa 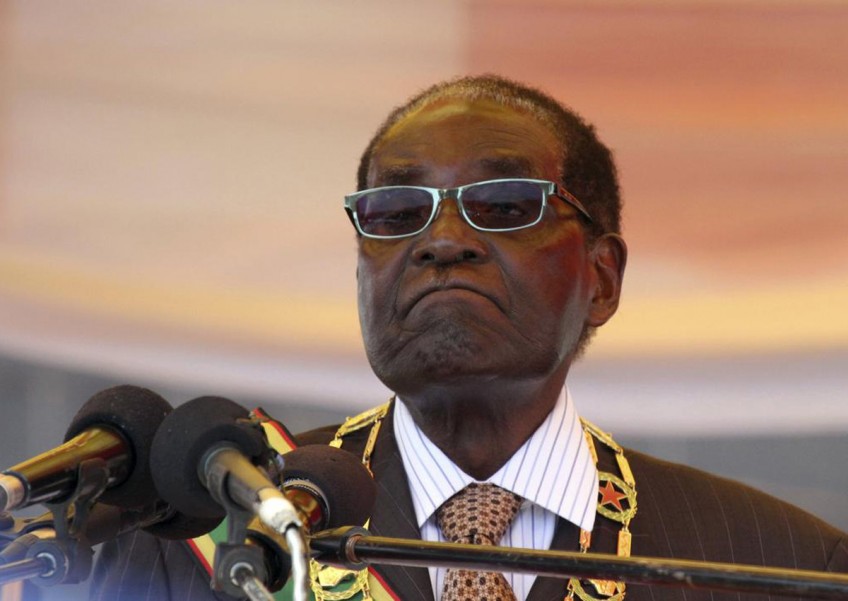 PARIS - Since African nations won independence, many leaders have tried, often successfully, to stay in power by amending their constitutions to change the cap set on presidential mandates.

The latest example is veteran Congo ruler Denis Sassou Nguesso, who has called a referendum on changes to the constitution that would make him eligible to contest elections next year, extending his three-decade stay in power.

Here is a range of precedents over the past 15 years:

After a constitutional row, Pierre Nkurunziza won a highly controversial third term in July, 2015, in polls boycotted by the opposition and denounced by the United Nations as neither free nor fair.

His re-election bid sparked an attempted coup by rebel generals and months of civil unrest that sent tens of thousands fleeing the country.

In October 2014, the announcement that long-serving president Blaise Compaore sought to extend his rule beyond 30 years brought hundreds of thousands of protesters onto the streets. Compaore was forced to stand down.

On September 17, 2015, power was seized by an aide to Compaore, but the coup failed a week later.

In April 2010, Djibouti's parliament approved a constitutional amendment allowing President Ismael Omar Guelleh, in power since 1999, to run for a third term.

In November 2008, the parliament quashed the limit on the number of presidential terms to two, voting for a revision of the constitution. President Abdelaziz Bouteflika, in power since 1999, was then re-elected in 2009 and again in 2014.

In April 2008, parliament revised the constitution, scrapping the limit on the number of presidential terms. Paul Biya, who had been in power since 1982, was elected to a sixth term in October 2011.

In July 2005, a constitutional reform scrapped restrictions on the number of presidential terms. Yoweri Museveni, in power since 1986, was re-elected in 2006, and again in 2011.

In June 2005, a constitutional revision was adopted after a disputed referendum abolished a limit of two five-year terms. Idriss Deby Itno, in power since 1990, was re-elected in 2006 and again in 2011.

In December 2002, a constitutional amendment paved the way for Gnassingbe Eyadema, in power since 1967, to seek another term in 2003. In February 2005, after his death, a constitutional revision by parliament allowed his son, Faure Gnassingbe, favoured by the army, to be sworn in as president. However, under pressure from the international community, he was forced to step down. He was later declared winner of a regular presidential election.

A new constitution adopted in 2013 allowed President Robert Mugabe, in power since 1980, to stand in an election, which he won.

The adoption in January 2010 of a constitutional amendment providing for the election of a president by indirect suffrage, by parliamentarians, allowed head of state Jose Eduardo dos Santos, in power since 1979, to be sworn in in 2012 after his party's victory in legislative elections.

A number of African leaders, including the presidents of RWANDA, Paul Kagame, and the DEMOCRATIC REPUBLIC OF CONGO, Joseph Kabila, are suspected by opposition parties of seeking to modify or get round their countries' constitutions to seek another term.

Some heads of state have modified the constitution to impose single-round presidential votes, as in GABON in 2003. Others, on the other hand, have tried unsuccessfully to impose constitutional modifications to remain in power: in ZAMBIA, Frederick Chiluba was forced to throw in the towel in 2001 under popular pressure, and in MALAWI, the parliament in 2002 blocked Bakili Muluzi from seeking a third mandate in 2004.

Finally, in TUNISIA, Zine El Abidine Ben Ali, in power since 1987, engineered an amendment of the constitution in 2002 by referendum, which opened the way for him standing for a fourth term in October 2004. However, a major popular uprising induced him to flee his country in January 2011.