Clinton 'extremely careless' with emails, but FBI recommends no charges 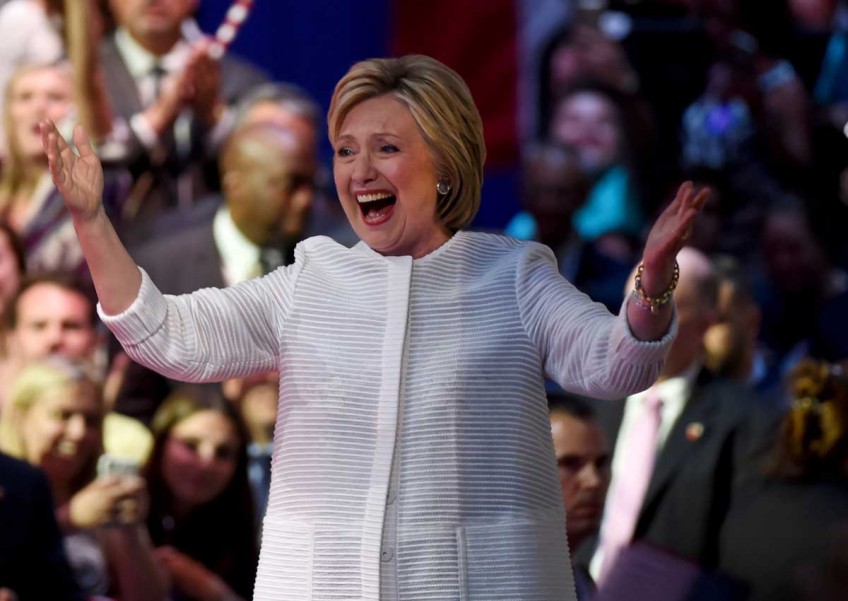 The Federal Bureau of Investigation said July 5, 2016 it will not recommend charges over Hillary Clinton's use of a private email server as secretary of state, although she was found "extremely careless" in her handling of top secret data.
AFP

WASHINGTON - The FBI recommended on Tuesday that no criminal charges be filed over Hillary Clinton's use of private email servers while she was secretary of state, but rebuked the Democratic US presidential candidate for "extremely careless" handling of classified information.

While FBI Director James Comey's announcement lifted a cloud of uncertainty that had loomed over Clinton's White House campaign, his strong criticism of her judgment ignited a new attack on her over the email issue by Donald Trump, her likely Republican opponent in the Nov. 8 election.

Comey's comments are likely to reinforce what polls show are widespread public concerns about Clinton's honesty and trustworthiness. Republicans have pointed to the controversy as evidence that she considered herself above the law.

In a lengthy statement on the Federal Bureau of Investigation's conclusions from its yearlong investigation, Comey directly contradicted statements Clinton has made while defending her use of the private email setup.

But he said the FBI concluded "no reasonable prosecutor"would bring charges. "Although the Department of Justice makes final decisions on matters like this, we are expressing to Justice our view that no charges are appropriate in this case,"Comey told reporters in Washington.

His recommendation will likely stand. The country's top prosecutor, US Attorney General Loretta Lynch, said on Friday she would accept the recommendations of career prosecutors and the FBI director on whether to charge Clinton for mishandling emails.

Clinton's campaign was anxious to move on after Comey's announcement, saying in a statement it was pleased with the FBI decision. "As the secretary has long said, it was a mistake to use her personal email, and she would not do it again. We are glad that this matter is now resolved," spokesman Brian Fallon said.

He did not respond to questions about Comey's rebuttal of the main arguments Clinton has offered in defence of her use of private email.

At a rally in Raleigh, North Carolina, on Tuesday night, Trump, the presumptive Republican nominee, said the controversy should disqualify Clinton from being president and that her email system may well have been hacked by US enemies. "Our enemies may have a blackmail file on crooked Hillary and this alone means that she should not be allowed to serve as president of the United States," Trump said. "We now know that she lied to the country when she said that she did not send classified information on her server. She lied!" Following Comey's late-morning remarks, Clinton became one of the top trending topics on Twitter, with about 671,000 tweets posted by 4 p.m. (2000 GMT). The overall sentiment was more negative than positive, with about two negative tweets for every positive one, according to social media analytics firm Zoomph.

The FBI director's announcement came hours before Clinton's first campaign appearance with President Barack Obama, in Charlotte, North Carolina, where neither Obama nor Clinton mentioned the email probe. It also came less than three weeks before the Democratic National Convention at which Clinton is to be nominated as the party's candidate for the November election.

The FBI has been investigating whether Clinton broke the law as result of personal email servers kept in her Chappaqua, New York, home while she was secretary of state from 2009 to 2013. One question is whether she mishandled classified information on the servers.

As the investigation wound up, Clinton underwent a voluntary 3-1/2-hour interview with the FBI on Saturday in Washington.

Comey said the FBI did not find that Clinton or her colleagues intended to violate the law, and that there was no"intentional misconduct" by her lawyers who sorted her emails.

He said her staff should have known Clinton's private email was an improper place for classified information, but added there was no evidence anyone had hacked Clinton's communications.

Comey said, however, that "hostile actors" gained access to email accounts of people with whom Clinton corresponded regularly. He also said she used email extensively while travelling "in territory of sophisticated adversaries." Experts routinely advise US government officials not to bring important digital information to countries with a track record of aggressive cyber activity. Clinton travelled to more than 100 countries during her four years as top US diplomat, including trips to China and Russia, considered among the most sophisticated US cyber adversaries.

The FBI found 110 emails in 52 email chains that contained information that was classified at the time the messages were sent, Comey said. Eight of those chains contained "top-secret"information, the highest level of government classification for material that could harm national security.

Comey said there were no previous cases that supported filing criminal charges against Clinton. Other cases had involved intentional mishandling of information, he said, and there was no evidence Clinton knew she was violating the law.

Last year, the FBI recommended that former CIA Director David Petraeus be charged with a felony for his mishandling of classified information with his biographer, with whom he was having an affair.

In that case, however, the FBI had evidence that Petraeus knew the information was highly classified. Petraeus eventually pleaded guilty to a misdemeanour charge of mishandling classified information.

Republican lawmakers have called for an independent investigation of Clinton, saying they do not trust the Justice Department to handle the inquiry with impartiality.

Republican criticism of the process heated up after Clinton's husband, former President Bill Clinton, met privately with Lynch in Phoenix last week. Lynch, who was appointed by Obama, said later she regretted the meeting and that she and the former president did not discuss the investigation.