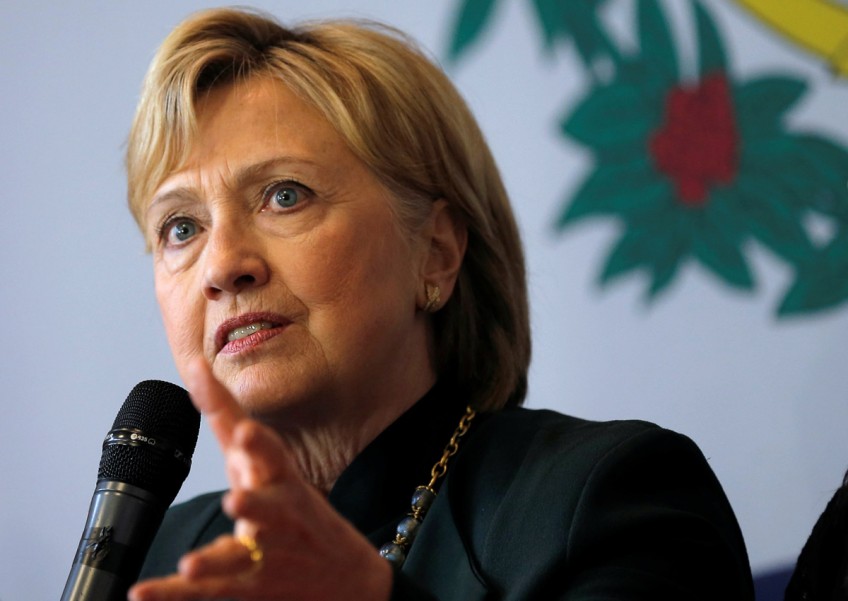 WASHINGTON - US Democratic presidential candidate Hillary Clinton said Tuesday she welcomes an international tribunal's ruling denying China's claims in the South China Sea, saying the waters were "critical" to the US economy.

"The US has a deep and abiding interest in the South China Sea and to the free flow of commerce - so critical to our economy - that flows through it. It is important that all claimants abide by this ruling and continue to pursue peaceful, multilateral means to resolve disputes among them," Clinton said in a statement provided to Reuters.

Clinton, a former secretary of state during President Barack Obama's first term, was involved in the administration's pivot to Asia.