The complexities of interracial dating for Asians in North America

Like most single people who dread the arrival of Valentine's Day, finding a love match ahead of one of the most romantic holidays of the year proved to be a tricky ordeal for Vancouver resident Omar (not his real name) - even after arming himself with Tinder.

The 31-year-old of Southeast Asian descent said he almost exclusively matched with South Asian women. "My matches ranged from Persian to South Asian; but never East Asian or white," he said.

It's no surprise that people tend to prefer partners of similar cultural and ethnic backgrounds - studies have shown most men and women often prefer dating someone of their own race. However, Vancouver, in Canada, also happens to be one of the most multicultural cities in the world, and one where the overseas Asian population is among the world's largest.

The city also has the highest number of interracial unions in Canada, with 9.6 per cent of couples in interracial or intercultural partnerships, according to 2014 government data. 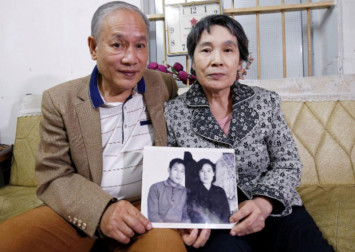 "White men and Asian women pairings appear to be more common in Vancouver than in other metropolitan cities I've visited," said Kathy Sheng, a Chinese-Canadian woman in her late 20s. "Overall in Vancouver and for our generation, I think it's pretty accepted and common for people from different cultures to date."

Yet when it comes to the dating scene, casual racism still exists in many forms. In Omar's case, he believes he is often excluded from the mainstream dating scene due to his ethnic and cultural background. "I have definitely sensed this lack of interest in getting to know me," he said. "Even outside of dating - at work, the women who interact with me the most are Asian and rarely white or of other ethnicities."

This isn't just the case in Vancouver. Such experiences seem common for many Asian men in North America, where online daters often post statements like "I don't date Asians" or "No Asians".

According to a 2014 study by OKCupid, a North American dating site and app, Asian men were rated the lowest by white, black and Latina women - and a speed-dating study conducted by Columbia University in New York found that Asian men had the hardest time getting a second date.

Experts say dating apps underline the racialised ways of thinking in North America, where Eurocentric standards define what it means to be attractive. "Asian men in North America were historically emasculated, desexualised and presented as the antithesis of what white men are," said Michael Hurt, a Korean-American sociologist who grew up in the United States.

He cited xenophobic movements like America's 1882 Chinese Exclusion Act - when the immigration of Chinese labourers was prevented - as historical instances of racism targeting the largely male populations of Asian immigrants at the time.

"People behave according to the way they're programmed. If you are a white woman you're socially programmed to believe the Asian man is the least sexually viable, least sexually attractive," he said. "This social programming comes out when you're swiping on Tinder."

And yet for Asian women, the experience seems to the be the opposite. In the aforementioned OKCupid study, they were the most sought-after matches among men of all races; and Are You Interested, an online dating platform, examined 2.4 million interactions and found that Asian women received the most messages among all ethnic groups. But such popularity isn't always flattering. 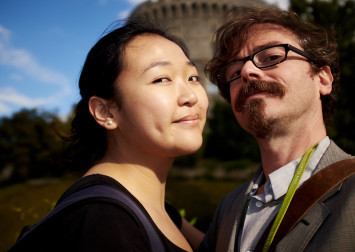 When Christine Wong (not her real name) was single, the 30-something Chinese Canadian found that perceptions of her ethnicity came with certain connotations. "I heard people say things like 'Asian women are petite, they age well, and they're loyal and more [sexually] submissive'," she said, adding that she has mainly dated white and Asian men.

"I always had to suss out whether the white guys I dated had 'yellow fever', or if they liked me for me," she said, adding that she would check if their last few girlfriends were also Asian, or if they had many female Asian friends. "Sometimes you just get that gut feeling - that vibe."

Yale-NUS College humanities scholar Robin Zheng describes fetishisation as "a person's exclusive or near-exclusive preference for sexual intimacy with others belonging to a specific racial group".

In contrast to the sexual racism Asian men often face, Asian women are often objectified and sexualised as "dragon ladies" or "geisha girls", according to Hurt, the sociologist.

In San Francisco - where, similar to Vancouver, the Asian community comprises 33 per cent of the population - Asian women and white men are a common pairing.

Tria Chang, a 34-year-old writer who has written about the complex racial dynamics of being in a relationship with her white fiance, says she is wary of being stereotyped or criticised for her romantic choices.

"A Caucasian male [especially one who works in tech] with an Asian female is so common it's become cliche," she said. Cliches are not inherently negative, Chang added, though she does not want to be pigeonholed as the token Asian girlfriend. "Internally it felt similar to how I try really hard to drive perfectly to fight the stereotype of the 'bad Asian driver'."

Chang said she was initially alarmed when she found out her fiance had dated other Asian girls when they first began dating, but she chose to address it seriously. "I could have made a snap judgment and stopped seeing him then, or I could have blindly participated in the pattern [of the fetishisation of Asian women]. I chose instead to make sure we had some difficult and uncomfortable conversations to get to the root of why he wanted to be with me." 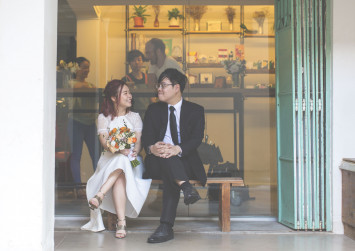 She added that more discussions on race and diversity would help expand the ways in which Asian women were viewed. "I think that with more Asian-American women speaking up and showing a diversity of thought, people will eventually learn that we're not a monoculture, and can't be fit into any stereotype."

Ultimately, racialised preferences cannot be avoided, but being aware of them is key, according to sociologist Hurt. "That's the thing. The personal is political and people's preferences don't just happen in a vacuum," he said. "If you're white and won't date your group, you've internalised some norms and ideas about those people. It is personal preference developed around social programming."

He added that the old image of the sexless Asian man is beginning to change. "That stereotype of emasculated Asian men is an old one that younger people aren't having to deal with as much," Hurt said. "You've got K-pop, you've got [massively popular Korean boy band] BTS, you've got strong notions of Asian men with agency that isn't linked to Whiteness and America."