Conflict in Pakistan takes a toll on education of displaced children 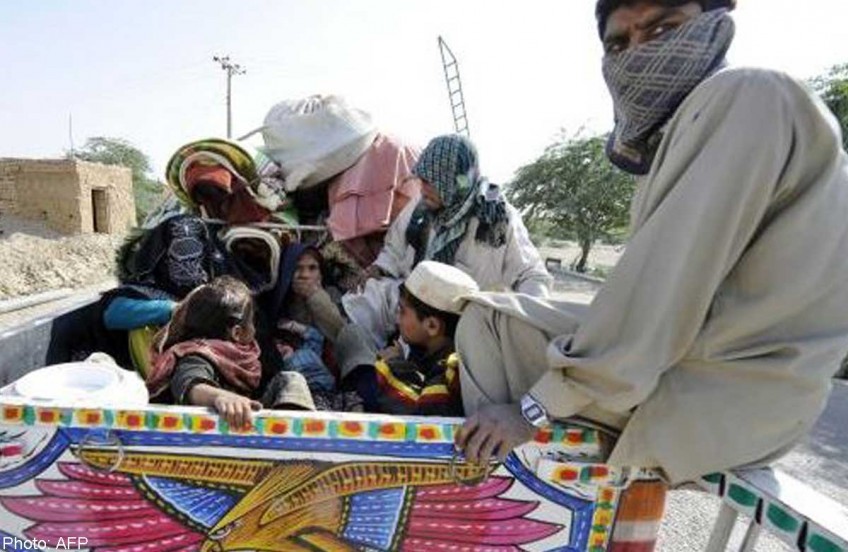 An internally displaced Pakistani family, fleeing from military operations against Taliban militants in South Waziristan, transports belongings on a pickup truck through a security post in Chunda on October 24, 2009.

WAZIRISTAN, Pakistan - The North Waziristan conflict, which has left over 955,900 tribesmen homeless, has put the future of 86,323 students from the government schools of the troubled tribal agency at stake.

The number of children enrolled in private schools of Miramshah, Mirali and other parts of the agency is not known, however.

Children have suffered physically, socially and mentally in the eight-year-long uncertainty and violence in the area. And, now, the displacement has adversely affected their academic career.

The Zarb-i-Azb military operation, which was launched against militants in North Waziristan on June 18, is taking a heavy toll on children of other tribal areas too, where schools and other education institutions have been closed for indefinite period for security reasons.

Like other tribal areas, the education sector of North Waziristan is in shambles due to militancy.

Many educational institutions have been occupied either by militants or by security forces.

Among them is the Cadet College of Razmak, which is now a military base.

Its students were first shifted to Peshawar and then Nowshera, which has the college's new campus.

Though the government has accommodated internally displaced persons (IDPs) in schools and colleges in Bannu, Lakki Marwat, Karak and Dera Ismail Khan districts of Khyber Pakhtunkhwa, it has no plans for their further shelter as these educational institutions are scheduled to reopen at the end of August after summer vacations.

Like other tribal areas, education sector of North Waziristan is in shambles due to militancy.

Officials in the tribal area's directorate of education said the number of enrolled students in North Waziristan was 86,323, including 50,429 boys and girls of primary schools.

The disaster management authority of the Federally Administered Tribal Areas (Fata) has registered 430,475 children, who escaped the conflict along with parents.

According to the directorate, there are 896 educational institutions in North Waziristan, including 604 primary schools, while over 13,000 students are enrolled in middle schools.

Like other parts of Fata, literacy rate in North Waziristan is extremely low.

The Khyber Pakhtunkhwa government has announced to provide admissions to the displaced students in colleges and other professional institutions.

However, the provincial government and the civil secretariat of Fata have yet to work out a plan for thousands of students of primary, middle and high schools spread across the province.

The challenging task for the authorities concerned is the provision of admission to displaced children in the government and private schools in Khyber Pakhtunkhwa.

Displaced parents have also been perturbed by the thought about the future of their children.

Nisar Ali Khan, who heads the 67-member committee for overseeing problems of IDPs in Bannu, said after shelter and food, continuation of education of children was major concern for parents.

He said students had already suffered due to curfew and violence in Waziristan and after the displacement, children had lost opportunities to continue education.

"The provincial government and Fata secretariat should focus on this issue to save future of our children," he said.

The IDPs of North Waziristan instead of residing in clusters have spread all over the country that might make the task more difficult for the concerned quarters, officials said.

Fata director (education) Roze Wali Khan said the issue had been discussed with the Unicef and that a plan would be made to handle it in collaboration with the UN agency and other organisations.

He said in case military operation takes a longer time to complete, then the Fata secretariat would redeploy teaching staff for North Waziristan in settled areas of Khyber Pakhtunkhwa.

The director said the second shift could be introduced in the IDPs host areas like Bannu and Lakki Marwat, which has a high concentration of displaced families and children from North Waziristan would be admitted in the second shift.

He said the Unicef could also provide tents to arrange classes for displaced children.