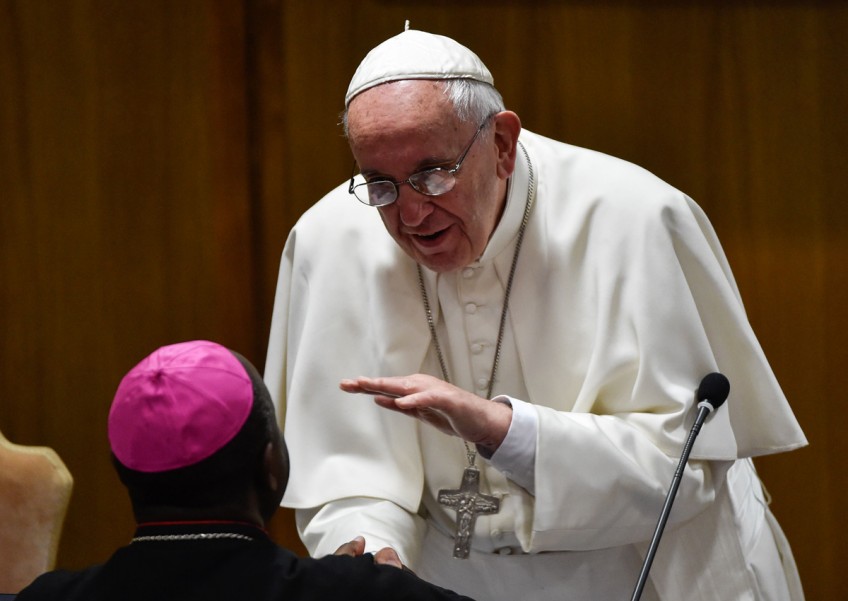 After a choppy few weeks for Pope Francis, a strongly denied report that he has a brain tumour has sent Vatican and Italian conspiracy theorists into overdrive.

"The timing chosen reveals the manipulative intention of throwing up a cloud of dust," the Vatican's Osservatore Romano claimed in its first edition after another newspaper, Quotidiano Nazionale, published its "scoop" about the pontiff's health.

Italian media on Thursday largely concurred with the Vatican's description of the story as baseless and commentators were quick to air their suspicions of a plot to undermine Francis's authority in the run-up to this weekend's conclusion of a synod on family that has divided the Church along progressive/conservative lines.

Massimo Franco, an editorialist for Corriere della Sera, said the episode should be seen in the context of a number of embarrassing, controversial or scandalous incidents Francis and his staff have had to react to recently.

Rather than a conspiracy orchestrated by one person or group, the sequence of events realed "a more heterogenous and diffuse malaise," Franco wrote.

Nevertheless, the architect of the false story, clearly wanted to plant an idea that the pope's way of speaking and moving reflect the fact that "his brain has something not working," he added.

Vatican Radio journalist Romilda Ferrauto, acting as a spokeswoman for the synod, said: "One has the feeling that some people want to discredit Pope Francis." The synod's start three weeks ago was overshadowed by a headline-generating 'coming out' of a Polish priest who worked at the Vatican. That was quickly followed by a scandal over gay priests in Rome having sex with male prostitutes and vulnerable people in a city park.

Francis subsequently apologised on behalf of the Church for "recent scandals".

In parallel with these developments, the leaking of a private letter to the pope from conservative cardinals opposed to the way the synod is being run raised the spectre of a return to the "Vatileaks" days when infighting seriously undermined Francis's predecessor Benedict XVI.

There were also suggestions of manipulation over anti-gay marriage activist Kim Davis's brief meeting with the pope in Washington - which the Vatican insisted was not intended as a sign of support for her stance.

Cardinal Walter Kasper, a liberal theologian thought to have Francis's ear, attacked the tumour story as "a maladroit attempt to influence the work" of the synod.

"But they will not achieve that. Nobody will manage to manipulate the Holy Father and the synod fathers," he added, noting that Francis's robust health was visible for all to see.

"We see him every day, the pope, and I can assure you he certainly does not give any impression of being sick, you could even say he works too much!" Quotidiano Nazionale's director, Andrea Cangini, continued to stand by his story on Thursday and dismissed suggestions the paper could have let itself be used as a tool in a murky, Machiavellian battle.

"We never thought for a moment of organising a campaign against Francis or getting involved in the dynamics between his enemies and supporters.

"We simply got a tip off, we followed it up and we wrote the truth," he said.

"And this affair will not weaken the pope. It simply makes him more human and closer to the people."