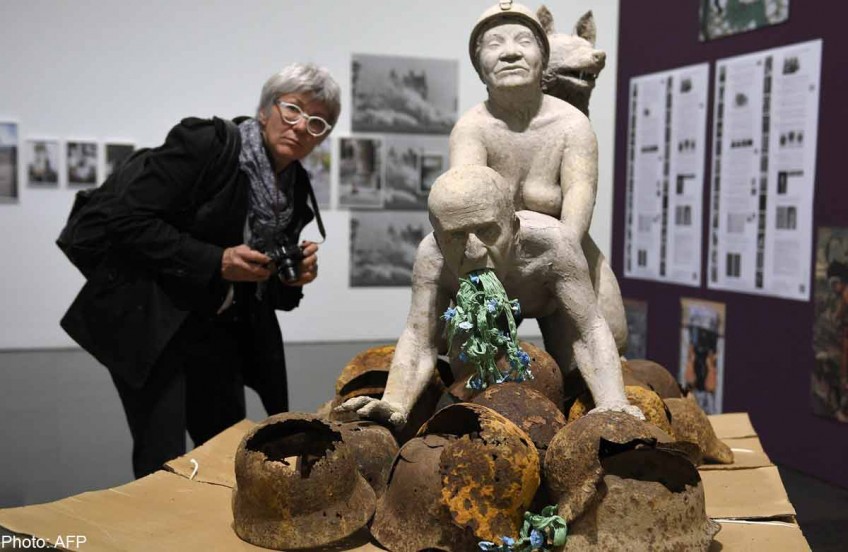 BARCELONA - A controversial sculpture of former king Juan Carlos of Spain being sodomised has finally gone on display in Barcelona. The decision to show the "very sensitive" papier mache sculpture by Austrian artist Ines Doujak comes after the director of Barcelona's Museum of Contemporary Art reversed an earlier ruling.

The work entitled "Not Dressed for Conquering/Haute Couture 04 Transport" was exhibited in December 2014 at the Sao Paulo Biennial. The artist said at the time that the work aimed to "play with power relations and subvert them".

Mari had originally asked curators to withdraw the piece from the Beast and the Sovereign exhibition of 30 works by international artists, according to Spanish media. They refused and instead pushed him to either show it or cancel the whole exhibition.

Mari has offered his "sincere apologies" as well as his resignation to the museum over the decision.

"I never saw what I did as censorship," he said in his letter. "I saw it as a disagreement over the presence of a work and the consequences of its possible readings," he added.

The exhibition opened to the public on Saturday.