A nurse administers the Oxford-AstraZeneca Covid-19 vaccine to a member of the medical staff at a coronavirus disease (Covid-19) vaccination centre in La Baule, France on Feb 17, 2021.

Governments are not moving fast enough to end the pandemic or to prevent another one, warned the former heads of an independent body tasked with grading the world on its response to Covid-19.

"Waves of disease and death continue — as people in the northern hemisphere move indoors, fatigue with restrictions sets in, vaccine coverage and other countermeasures remain uneven, and people in the poorest countries have almost no access to vaccines," wrote former New Zealand prime minister Helen Clark and former Liberian President Ellen Johnson Sirleaf in a report released on Monday.

"The world is losing time," they said.

Their warning comes ahead of a special session of the World Health Organisation 's governing body next week where health ministers from around the globe will discuss whether to develop a new treaty or other reforms on how the world prepares for and responds to pandemics.

It also comes six months after the Independent Panel for Pandemic Preparedness and Response — a body set up by the WHO director general and chaired by Clark and Sirleaf — outlined urgent reforms and findings based on nine months of research into how the Covid-19 outbreak first identified in China became a crippling pandemic.

Since that time there has been progress, "but it is not fast or cohesive enough to bring this pandemic to an end across the globe in the near term, or to prevent another", wrote Clark and Sirleaf, noting that at least 90 million more people have contracted Covid-19 and 1.65 million more deaths have been recorded in those six months.

The independent panel's official mandate came to an end after it submitted its main report in May, but Clark and Sirleaf said their new report — which included contributions from the 11 former panellists — evaluated the progress on the reforms they called for.

Those included giving more funding and power to the WHO, creating a permanent financing mechanism for pandemic preparedness and response capacities, forming a high-level Global Health Threats Council made up of heads of state, and enacting a pandemic treaty.

"We are encouraged to see some movement to address the major gaps exposed in global pandemic preparedness and response. Conversations are happening in many of the right places," Clark said in a statement ahead of the report launch.

"The world now needs these conversations to come together — especially at the UN General Assembly, where heads of state and government can declare their commitments and a pathway to a more secure world."

But the co-chairs also warned about foot-dragging on the international stage when it came to reforms including creating a pandemic treaty. 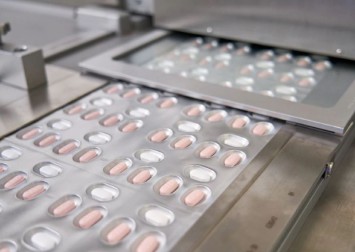 "We urge member states to spend less time debating commas in committees while a pandemic still rages, people are dying, and a new pandemic threat could arise any time and anywhere," Clark said.

Vaccine access inequity was another critical issue outlined in the latest evaluation, with the panel calculating that there were at least 1 billion doses available to redistribute to low-income countries by September this year.

There had been progress in terms of the pledged vaccine donations through 2022 and the announcements of new mRNA vaccine production hubs in Latin America and on the African continent, but more needed to be done, especially in terms of creating better systems for vaccine development, production and distribution, they said.

"The idea that a poor health worker is unprotected while the healthy and wealthy receive booster doses should present a deep moral quandary. To this there is only one solution — vaccine equity," Sirleaf said.

But widespread vaccine coverage alone cannot end the pandemic, wrote the experts, instead calling for ongoing public health measures and the co-operation of global leaders at the United Nations and the upcoming World Health Assembly.

"There is no single magic bullet to end pandemics, but there is a combination of measures that will," they wrote. "It's time now to make change happen."