Coronavirus: The hunt for 'patient zero' - and why the world's health may depend on it

Travellers wear masks as they queue at the High Speed Rail Station in West Kowloon.

As the coronavirus death toll rises, health authorities are trying to control or even halt the spreading epidemic by tracking down "patient zero" - the first person to have been infected by the disease.

Covid-19, the official name of the illness caused by the virus, has infected more than 82,000 people worldwide and killed at least 2,800.

It has spread to at least 44 countries outside China.

But the World Health Organisation (WHO) said on Monday that the coronavirus was "not yet" a worldwide epidemic, or "pandemic".

Here are the essential things to know about the hunt for patient zero.

WHAT IS "PATIENT ZERO"?

Although the term patient zero can be used interchangeably with "index case" and generally refers to the first person infected by a communicable disease in an outbreak, in the Covid-19 epidemic, there are several patient zeros.

That is according to Sarah Borwein, who works in the infectious diseases field at Hong Kong's Central Health Medical Practice.

"For example, we know who patient zero is in the big cluster in South Korea, and that is helping to trace all the contacts and understand what happened," she said.

"But we don't know who patient zero was in the Iran cluster, or the cluster in Italy."

South Korea has reported more than 1,500 confirmed Covid-19 cases and at least 13 fatalities.

The biggest cluster of infections has been linked to a secretive Christian church in the southeastern city of Daegu.

At the centre of the church cluster is a 61-year-old female member of the sect, who is South Korea's 31st case. 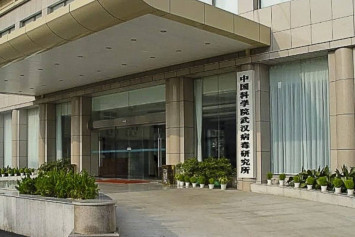 Korea Centres for Disease Control and Prevention has described the outbreak there as a "super-spreading event".

Meanwhile, Chinese officials are still trying to trace the epidemic back to its source in China.

The first coronavirus case was reported to the WHO on December 31 and has been linked to Wuhan's Huanan Wholesale Seafood Market.

However, a new study published by a team of Chinese scientists last week said the virus might have been imported from somewhere else.

The first known Covid-19 patient, a male who showed symptoms on December 8, had been discharged but said he was not at the Huanan market, the Wuhan government said in a Weibo post on Wednesday.

"We don't know who the very first patient zero was, presumably in Wuhan, and that leaves a lot of unanswered questions about how the outbreak started and how it initially spread," Borwein said.

WHY IS IT IMPORTANT TO FIND THEM?

Knowing who patient zero is would help prevent future outbreaks and provide information about how to prevent transmission, Borwein said.

"Figuring out who patient zero was wouldn't give us all the answers but it would help to map the path the virus has taken and how it's travelling," she said.

"It's hard to draw that map without knowing where it starts."

John Nicholls, a University of Hong Kong clinical professor in pathology, said identifying patient zero during the severe acute respiratory syndrome (Sars) epidemic in 2002-03 was vital from an epidemiological perspective, as it highlighted the mode of its spread. 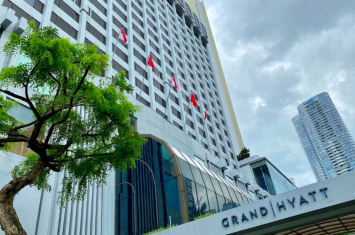 The disease, which infected over 8,000 and killed 813 people globally, was traced to a then 64-year-old medical professor from Guangzhou, who had infected at least 13 tourists staying at the Metropole Hotel in Hong Kong.

But Nicholls, who was an important member of the 2003 research team that isolated and characterised the Sars coronavirus, which is in the same family as the current virus, said the sheer number of infections in the current epidemic means finding the patient zeros is a huge challenge.

"There are so many outbreaks and hot spots around the world, and this virus appears to spread more rapidly than Sars, so it's going to be a big challenge to accurately pinpoint patient zero," he said.

"Epidemiological resources would be better at mitigating the spread rather than looking back."

Borwein, who worked as head of infection control for a hospital in Beijing and in outbreak communication during the Sars epidemic, said people must be wary of the language they use when talking about patient zero, because it has the potential to fuel xenophobia and panic.

"We talk about a 'desperate hunt' or a 'panicked hunt' for patient zero - and because coronavirus started in China, and patient zero was probably Chinese, it can easily fuel discrimination and racism," she said.

"It's important to understand that patient zero is a clue, not a criminal."

WHAT ARE SOME EXAMPLES OF COVID-19 PATIENT ZERO?

Most coronavirus patient zeros came from Wuhan city in central Hubei province, the epicentre of the outbreak.

The first Covid-19 case outside China was reported on January 13 in Thailand.

The patient was a 61-year-old Chinese woman from Wuhan who travelled to Suvarnabhumi airport in Bangkok with family members in a tour group.

Two days later, Japan confirmed the second coronavirus case outside China: a male in his 30s who lived in Kanagawa prefecture, southwest of Tokyo.

The man had travelled to Wuhan and been in close contact with a pneumonia patient in the city. 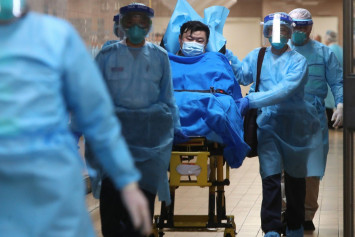 Around a week later, on January 23, the US' Centres for Disease Control and Prevention reported the country's first American coronavirus case, a 35 year-old Washington state man who had visited family in Wuhan.

There have also been incidents of human-to-human transmission among Covid-19 patient zeros.

Vietnam confirmed two cases of the virus on January 23.

A 65-year-old man from Wuhan met up with his son, 27, who works in the country and did not travel to China.

The father developed a fever on January 17 and the son showed the same symptoms three days later, doctors said in The New England Journal of Medicine on January 28.

This family cluster suggested an instance of person-to-person transmission, the WHO said.

Germany also reported what is believed to be the first human-to-human transmission case in Europe on January 28.

A 33-year-old German man contracted the disease after attending a training session given by his Chinese colleague in the state of Bavaria.

The female co-worker, who is from Shanghai, had recently returned from visiting her parents in Wuhan, said Andreas Zapf, head of the Bavarian State Office for Health and Food Safety.