Undocumented Asian migrants in Britain are travelling hundreds of kilometres to get coronavirus vaccine shots in London’s Chinatown instead of local doctors.

On Monday, about 1,500 people were offered jabs at a pop-up vaccination centre at the China Exchange building in Gerrard Street.

It was the sixth vaccination event organised by the Chinese Information and Advice Centre (CIAC). The first one in May had to be halted after hundreds of people turned up for only 150 vaccines available. Police had to intervene and many who weren’t able to get a shot left disappointed.

Just over 70 per cent of UK adults have had the two vaccine doses needed for maximum protection, according to the Office for National Statistics, and 88 per cent have had one.

Demand for the limited number of jabs in Chinatown has highlighted some perceived gaps in the country’s rapid vaccine roll-out by the National Health Service.

Around half of those queuing on Monday were undocumented migrants, but many were people of other nationalities working in the local area.

“What happened in May opened up a critical window on the groups that also need to be addressed in the vaccination programme,” said Edmond Yeo, CIAC chairman and a former Conservative Party councillor. “There are these groups of people who did not have access to the vaccine.” 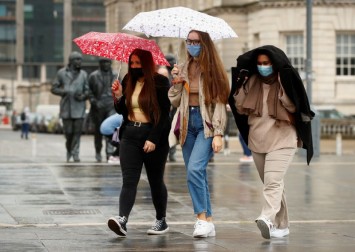 A report earlier this month by the Bureau of Investigative Journalism showed that less than 25 per cent of family doctors across Britain would register someone at their surgery without documentation, even though NHS England policy states identification is not required for getting Covid-19 vaccines .

It is estimated there are up to a million illegal migrants living in the UK, many of them Chinese or from Southeast Asian countries such as the Philippines and Vietnam.

CIAC has been working with the local authority and the NHS for the Chinatown vaccine clinic. Busy staff have been taking bookings after midnight.

“Many of these people don’t have the language to even talk to the doctors but they could be the person that infects you the next time,” Yeo said. “They come to us because they trust us – we look like them and we speak their language.”

One Chinese-Malaysian man spent £85 (S$160) on a train fare from Taunton in Somerset, some 320km away from London, to get his shot on Monday. The 50-year-old has been working as a chef for 10 years, but didn’t have a regular doctor because of his immigration status. He also felt more comfortable having the process explained in Mandarin.

CIAC staff said they were aware people coming from all over the country to get their vaccine in Chinatown.

A group of undocumented young Vietnamese men said they came because it was the only place they knew they could get a vaccine. Another was a young woman from Indonesia who had been in the UK for a year.

Not all were undocumented migrants. 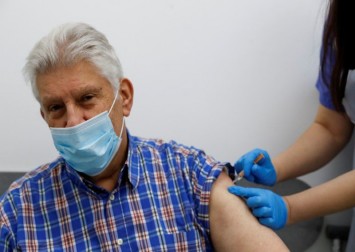 Two young female Chinese business risk management students travelled from Southampton on England’s south coast. They wanted to be fully vaccinated as they plan to return to China next month.

Hong Kong businessman Daniel Pang, 78, has been stuck in the UK because of the pandemic. Hong Kong also has strict quarantine laws for travellers from the UK. “I thought I might as well come and get it done here,” he said.

The eagerness of migrants to get shots stands in sharp contrast to the thousands of people who protested in the “Rally for Freedom” in Trafalgar Square at the weekend and those opposed to government plans for vaccine passports.

The UK government was also reported to be concerned about the reluctance of young people to take up the vaccine, with only 60 per cent of the 18-25 age group having had their first shot.

The number of new Covid-19 cases in the UK fell for the sixth day on Monday (July 26), down from 29,173 Sunday and from a peak of 54,000 in the days before most pandemic restrictions were lifted in England a week ago.

The decline has baffled some experts and scientists warned it was still too early to judge the effects of the lifting of restrictions, and a spike could still be on its way.