A handout photo. Transparent partitions have been set up among wind instrument players due to Covid-19.

Those playing trumpets and oboes are more likely to spread airborne diseases, while the risk in playing a bass clarinet, involved in a recent Covid-19 infection that resulted in the quarantine of more than 90 members of Hong Kong’s top orchestra, is slightly lower, according to a US study.

The infection of a musician in the Hong Kong Philharmonic Orchestra came as a study conducted by the University of Minnesota assessed the transmission risks of airborne diseases associated with various wind instruments.

Researchers involved in the study, published last month in the Journal of Aerosol Science , said the findings could provide “valuable insights into the risk assessment of airborne disease transmission and the corresponding mitigation strategies for different musical activities involving the usage of wind instruments”.

The study, involving 15 musicians from the Minnesota Orchestra, measured the concentration of aerosols – tiny air particles that can contain viruses that cause airborne diseases such as Covid-19 – at the outlets of 10 orchestra instruments.

They included woodwind instruments such as flute, bass clarinet, oboe and bassoon; and brass ones such as tuba, French horn and trumpet.

ALSO READ: Research suggests coronavirus can be spread through our shoes

The amount of aerosols measured at the outlets of these instruments was compared with that produced by their players during activities such as breathing and speaking.

“As higher aerosol concentration leads to an increased risk of airborne disease transmission, we categorise these instruments into low, intermediate, and high-risk levels,” the researchers stated.

The level of aerosol concentrations from the tested instruments ranged between 20 and 2,400 particles per litre of air, whereas normal breathing and speaking were found to produce around 90 and 230 particles respectively.

It was found that musicians playing trumpet, oboe and bass trombone were likely to generate more aerosols during their performance than while speaking.

Their activities were thus considered “high-risk” for transmitting airborne diseases. But the playing of most wind instruments – such as bassoon, piccolo, flute, bass clarinet and French horn – were deemed to be of “intermediate” risk based on the concentration of aerosols produced.

Read Also
Covid-19: People in tall buildings may be more at risk – here’s how to stay safe 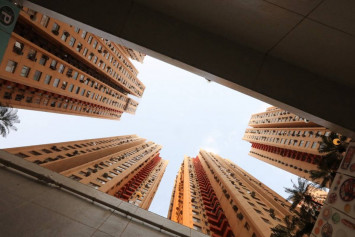 The playing of the tuba was considered a “low-risk” activity, possibly due to the long tube length of the instrument.

The scientists stated that the designs of mouthpiece and tube structures also affected the levels of aerosols produced.

University of Hong Kong microbiologist Dr Ho Pak-leung said the study could shed some insights on the seating arrangements of musicians in an orchestra.

“Those wearing masks could sit closer, while those who can’t wear masks should sit further apart,” Ho said, adding that a distance of 1.5 metres (4.9 feet) between unmasked players would be safer.

He said plastic partitions would be helpful in blocking some big droplets, but good ventilation would still be important in preventing tiny particles loaded with the virus.

Local musicians who play wind instruments have been adopting various ways to protect themselves from the coronavirus during performances.

Cecilia Wan, a Hong Kong oboe player involved in local orchestral performances, said she was not worried about playing in a big group.

“There are plastic partitions at the left, right and back of each musician playing wind instruments,” she said, referring to the arrangement offered by the orchestra she worked with. “It is very safe.” 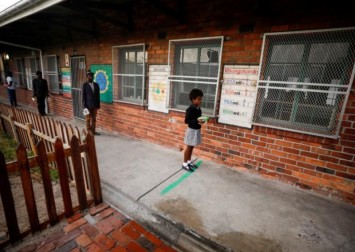 Clarinet player Fanny Lau has mostly been conducting private classes through online video calls to prevent any chance of infection. If a face-to-face class is needed, she uses a transparent plastic partition between herself and her student during the lesson.

She has also made a cloth face covering with minor design alterations she can use while playing wind instruments.

Schools have been asked by the Education Bureau not to conduct any activities, including the playing of wind instruments, that would require pupils to remove their masks.