A scanning electron microscope shows SARS-CoV-2 (round blue objects) emerge from the surface of cells cultured in a lab. SARS-CoV-2 is the virus that causes Covid-19. The virus shown was isolated from a patient in the United States. A handout photo.

A recent collaborative study conducted by a team from Monash University and the Doherty Institute in Australia has found that a commonly used anti-parasitic drug could halt the incubation process of the novel coronavirus and potentially cure Covid-19 positive patients of any ailments caused by the virus.

The study showed that the drug available globally called Ivermectin was able to kill SARS-CoV-2, the coronavirus that causes Covid-19, growing in cell culture within 48 hours.

It must be noted, however, that the study was conducted in vitro - in a controlled environment outside a living organism - and that more credible data would be obtained pending clinical trials on human subjects.

"We report here that Ivermectin, an FDA-approved anti-parasitic previously shown to have broad-spectrum antiviral activity in vitro, is an inhibitor of the causative virus," the report stated.

The drug was previously shown to have been effective against a wide variety of viruses, including HIV, dengue, influenza and the Zika virus, the study claimed.

Kylie Wagstaff, a scientist at the Monash Biomedicine Discovery Institute who led the study, said the optimistic results of the study had warranted the possibility of human trials, which would yield more credible information regarding the drug's efficacy within living cells.

"We found that even a single dose [of Ivermectin] could essentially remove all viral RNA [ribonucleic acid] by 48 hours and that even at 24 hours there was a really significant reduction in it," Wagstaff said in the report.

"We need to figure out now whether the dosage that can be used in humans will be effective - that's the next step,"

Ivermectin had presumably inhibited the viral process that "dampened down" the host cells' ability to kill it, Wagstaff said. 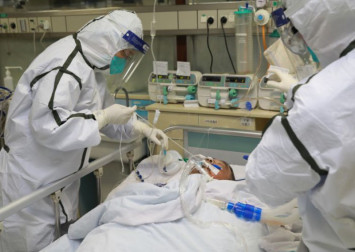 However, the specific ways in which Ivermectin overrides such viral processes have yet to be discovered, she added.

Many countries, including Indonesia, are scrambling to find possible remedies for the deadly virus as scientists fast-tracked research on a vaccine.

President Joko "Jokowi" Widodo announced last month that the government had been preparing medicine, including 3 million doses of chloroquine, which he described as "having been proven to cure Covid-19 in other countries".

However, health experts have since raised concerns over the risks inherent in self-medication using choloroquine phosphate - an antimalarial drug - as they claimed the medicine had an array of dangerous side effects including diarrhoea, breathing difficulties, weakened muscles and mental disorders.