Booster shots are being given in many countries, but other nations are not yet able to give their citizens a first dose.

The immune response that can be achieved by administering Covid-19 booster shots at a reduced dosage is to be assessed in an international trial, in a bid to maximise global vaccine supply.

The Coalition for Epidemic Preparedness Innovations (CEPI), a global foundation that funds vaccine development, said the trials of up to 3,300 healthy adults in Australia, Indonesia and Mongolia would also shed light on mixing and matching vaccine types and whether giving fractional doses produces fewer side-effects.

“For example, results could suggest that a reduced booster dose would improve, broaden and prolong the immune response following a primary series of Covid-19 vaccination, while also putting less strain on first dose supplies,” CEPI said in a statement issued with the research lead, the Murdoch Children’s Research Institute in Australia.

Fractional dosing has been used successfully against other diseases. In 2016, the World Health Organisation (WHO) approved one-fifth doses of the yellow fever vaccine as an emergency measure during major outbreaks in Angola and the Democratic Republic of Congo. The approach was repeated during Brazil’s yellow fever vaccination campaign in 2018.

The WHO has suggested that countries using inactivated shots for the first dose then use mRNA (messenger ribonucleic acid) or vectored vaccines as part of a two-dose regimen or as a booster, for better protection.

Unpredictable supply of vaccines, or of the same vaccine product, is cited as a common reason for mix-and-match vaccination.

The vaccines developed by Chinese companies Sinovac and Sinopharm are the inactivated type. The Oxford-AstraZeneca vaccine uses a viral vector, while Pfizer-BioNTech and Moderna jabs are mRNA vaccines.

Read Also
Covid-19 vaccines and booster shots: Which combination is most effective? 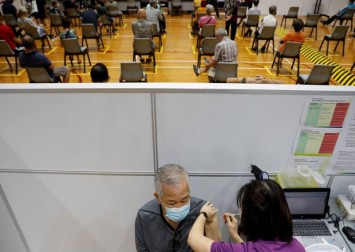 The leader of the new vaccines group at Murdoch Children’s Research Institute, Kim Mulholland, who is in Mongolia preparing for local trials, said existing studies suggested that mRNA vaccines made the best boosters.

“Countries like Mongolia made the decision to go with Pfizer for boosting their essentially Sinopharm-vaccinated community, which I think is a rational decision,” he told the South China Morning Post.

The year-long study could offer countries realistic guidelines and a long-term solution regarding boosters, he said.

“High levels of antibodies is only one parameter,” he said. “There are many aspects of immune response and we need to think about the duration of protection [against severe disease].

“Countries want to know when they have to give boosters. They don’t want to be in a situation where in three or four months someone says we need to do this again.”

Chinese regulators at the weekend said they had approved the mixing of domestic vaccines as boosters to improve immunity, and added two more Chinese-developed shots to the booster roster.

The change allows adults who have had two doses of the inactivated vaccines made by Sinopharm and Sinovac to opt for a booster of Anhui Zhifei’s protein vaccine or CanSino’s vectored jab.

Booster shots have been found to increase levels of antibodies, an indicator of protection. But the WHO last month issued a reminder that, “while some countries may recommend booster doses of vaccine, the immediate priority for the world is accelerating access to the primary vaccination”. 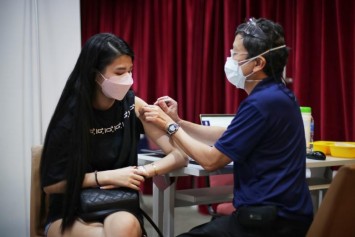 On Friday, WHO chief Tedros Adhanom Ghebreyesus said: “High vaccine coverage in some countries, combined with the lower severity of Omicron, is driving a dangerous narrative that the pandemic is over.”

He repeated the UN agency’s call for countries to donate a combined US$16 billion “to make vaccines, tests, treatments and PPE available everywhere”, adding that 83 per cent of the population of Africa had yet to receive a first jab.

CEPI, which will provide up to US$8.7 million in funding for the new trial, said its findings could help tackle global vaccine inequity “with the vast majority of populations in low-income countries still waiting for their first vaccine dose”.

“This new partnership will be key to showing us whether reduced booster dose shots could provide adequate protection against current and future variants, while also potentially showing that supplies of first doses to those in urgent need not be compromised,” said CEPI’s director of vaccine R&D Melanie Saville.